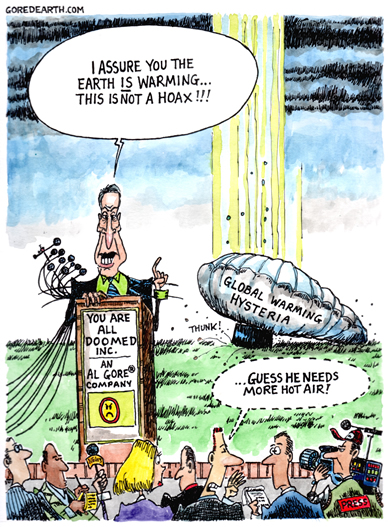 The new cinematic rebuke to global warming disruption alarmists “COOL IT“ will be released November 12, 2012. Bjorn Lomborg, who actually believes in human caused global warming disruption was consigned to heretic status with his 2001 publication of “The Skeptical Environmentalist” in which he dared question the apocalyptic predictions of environmental alarmists, arguing instead that worldwide environmental conditions were actually improving and that carbon emission cuts were not the optimal way to approach the issue.

With the release of “Cool It”, environmental extremists will once again be on the attack. Lomborg said he realized that environmental alarmists were undermined by the fact that lives were getting longer, air and water were actually getting cleaner and the quality of life was improving. The movie examines worldwide legislation enacted to combat climate change such as the Kyoto Protocol’s mandate to reduce carbon dioxide emissions to 5.4% below 1990 levels by 2012. Lomborg notes that achieving that mandate would cost $180 billion a year and only reduce temperatures by .008 degrees by the year 2100. Other European mandates will cost approximately $250 billion every year through the end of the century only to achieve a o.l degree temperature reduction. He specifically addresses the darling of environmentalist – cap and trade schemes.

For every dollar spent in climate compliance, European requirements will prevent just half a cent of climate damage. Such laws merely invite government cronyism by awarding carbon credits to companies aimed to profit via carbon trading and passing the costs on to the consumer. Instead of wasting so many trillions of dollars in the sinkhole of global warming disruption mandates, we can alleviate far more human suffering at far less cost by targeting such simple miseries as contaminated drinking water, malnutrition and illnesses like malaria.

Along with his propaganda film “An Inconvenient Truth” Al Gore continues to invest in “green” technology. AltaRock Energy, one of Gore’s investments, sought to produce geothermal energy in California, on leased federal land which was partly financed by the Obama administration’s Department of Energy, to the tune of $6 million. The company finally had to abandoned the project because they kept breaking their drill bit – or at least that was what they said. The biggest issue was earthquakes. A local resident said that “the community
isn’t against geothermal, but they felt AltaRock’s project was rushed through a less-than-transparent process, that the company wasn’t up front about the problems inherent in enhanced geothermal systems (EGS) and that they ignored critical seismic data in their environmental assessment. It doesn’t seem like a real honest process.” In a June 2009 article, James Glantz, in The Times, wrote “But in a report on seismic impact that AltaRock was required to file, the company failed to mention that the Basel program was shut down because of the earthquake it caused. . . Nor did AltaRock mention the thousands of smaller earthquakes induced by the Basel project that continued for months after it shut down.” Imagion, Al involved in something less than transparent – who would have thought?

Al, not to let the loss of $6 million in taxpayer money get him down, emerged in February in the New York Times with an
opinion piece entitled “We Can’t Wish Away Climate Change”. Once again he spewed his favorite propaganda that we face an “unimaginable calamity requiring large-scale, preventative measures to protect human civilization as we know it.” Wonder if those preventative measures happen to be the same ones in which he has invested millions of his own money? Again, he laments – “our growing dependence on a global oil market is dominated by dwindling reserves in the most unstable region of the world.” Al, along with his cronies in the current administration and the U.N. want us to believe that the world is going to burn up or freeze, depending on the time of the year he is giving his speech, if we don’t fall in step with the rest of the crazies. What can you expect from a man who has deluded himself into believing he created the internet. He also explained the climategate scandal in which activist scientists doctored climate data by saying that “e-mail messages stolen from the University of East Anglia in Britian showed that scientists, besieged by an onslaught of hostile, make-work demands from climate skeptics, may not have adequately followed the requirements of the British freedom of information
law.” For those that do not understand political speak – it’s all our fault they lied. Just another liberal graduate from the University of
Denial.

The Obama administration has been pushing “green” since his election. The latest example was the “Weatherization Assistance Program” funded under the American Recovery and Reinvestment Act of 2009 – aka the $787 billion economic stimulus bill which set aside $5 billion for weatherization services. Since the money became available only 80,000 homes have been weatherized, leaving well over half a million left. At a cost of over $8,000 per home with an estimate of $350 savings per home, it is clear who actually benefited. Does the name Cathy Zoi ring a bell. Along with stints working as Chief of Staff in the White House Office on Environmental Policy in the Clinton-Gore administration,
she also worked at EPA, and, helped Al Gore found The Alliance for Climate Protection, a non-profit group that Al claims receives
his earnings from green technology investments. By the way, Al volunteered that statement after Rep. Marshal Blackburn-
R-TN asked him directly how much he stood to gain from Obama-engineered climate change legislation.

Read letter of resignation from Harold Lewis, Emeritus Professor of Physics at the University of California who calls global warming the most successful pseudoscientific fraud that he has seen in his lifetime as a scientist.

Zoi, Assistant Secretary for Energy Efficiency and Renewable Energy at the U.S. Department of Energy, has financial stakes in at least two green technology companies which put her in a definite conflict of interest. According to her financial statements, she owns between $250,000 and $500,000 worth of shares in Landis+Gyr, the preferred provided for the “smart meters” which the government would like to
force into every home in America so that they can control our electricity use. Her husband is an officer with stock options at Serious
Materials. Serious Materials was praised in a speech by Obama for opening a manufacturing plant in Pittsburgh that makes more energy efficient (weatherized) windows. She certainly stands to benefit financially from pushing green policies.

The only thing “energetic” in Obama’s energy policy is its unrelenting destruction of our economy. Thanks to radical environmentalist and far socialist policies potential domestic oil fields are now off-limit and opening a new refinery nearly impossible. The President is
doing everything in his power to drive us out of the oil industry from shutting down our gulf oil wells to giving taxpayer money to foreign countries to drill in the same areas where he has decided it is too dangerous for us to drill. He is reducing the supply of domestic crude oil and the refineries that turn it into gas forcing us to buy from foreign producers – some of which are producing the oil with taxpayer money. In early Spring, before the gulf oil spill, Obama announced his decision to allow off-shore drilling near the Virginia coastline and gave his support for nuclear facilities. Sounds good – but read the fine print – the areas he opened to exploration are actually only a fraction of the total made available under the Bush administration. As for his support of nuclear energy – the Cato Institute’s Jerry Taylor pointed out that
whatever the merits of the technology, the fact is that building a nuclear power plant is impossible without massive government subsidies (and government control).

So far the only green in the President’s green policy is the money that Al Gore, Cathy Zoi, and like stand to make from the fraud of global warming disruption.
Comment from previous posting

One
Response to Pseudoscientific Fraud = $$$$$$$

MSM will try to keep this quiet just like last week’s global warming scandal. If you aren’t familiar with the 10:10 dust up, see the videos below.

While watching the first one, ask yourself if it’s sincere or if it’s a spoof. Keep watching until you’re sure, and then watch more.

Note: the resignations of Chris Landsea and Roger A Pielke SR. both hint at
conspiracy.

Landsea resigned because of an unethical press conference that was likely used by Al Gore as a green light to build his movie around Hurricane Katrina.

Pielke resigned because while lead author for a major climate report, scientists worked behind his back to undermine him. These incidents are well known and not hard to research.