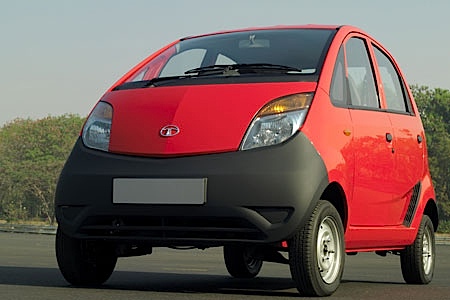 The cost of a new car in America is set to explode, skyrocketing by thousands of dollars, all thanks to a new regulation proposed by President Barack Obama’s Environmental Protection Agency and the National Highway Traffic Safety Administration.

Under a new 893-page proposal unveiled last week, automakers must hit a fleet-wide fuel economy average of 54.5 miles per gallon by 2025–double today’s 27.3 standard. The government says it would cost automakers $8.5 billion per year to comply, which means a spike in sticker prices of at least $2,000 to $2,800, according to official projections. Other estimates peg the added costs at $3,100, and that could go even higher. As The Wall Street Journal writes, “Vehicles that currently cost $15,000 or less will effectively be regulated out of existence.”

Apart from increased costs, the new regulations would have other impacts on consumers as well. Heritage’s Diane Katz warns that another unacceptable consequence is loss of life resulting from smaller vehicles:

In past years, the structure of the regulations induced automakers to dramatically downsize some vehicles to meet the standard, which increased traffic fatalities by the thousands. The new standards would require downsizing to both small and large models, which the government contends will neutralize the risk. However, the NHTSA and the EPA disagree on the extent of the risk, while outside experts say that the danger would be heightened by the extreme stringency of the proposed standards.

While consumers struggle to pay the price of higher cost vehicles, U.S. automakers would likely take a hit as well. They would be forced to change the lineup of vehicles they offer in order to meet their fuel efficiency targets, and they would produce cars and trucks that Americans don’t even want. The Wall Street Journal explains:

The only way Detroit can hit these averages will be by turning at least 25% of its fleet into hybrids. But hybrid sales peaked in the U.S. two years ago at 3% of the market and are declining. The EPA’s $157 billion price tag includes only the estimate of what manufacturers will have to invest in new technology, not the billions more that will hemorrhage when nobody buys their EPA-approved products.

And all this comes as the former “Detroit Three” are struggling with weak auto sales, projected to be down by 17.9 percent in 2011 from where they stood at the onset of the recession. Ironically, the federal government that bailed out the industry is now imposing regulations that could once again threaten its existence. The Obama Administration is pointing to the supposed benefits of the new standards–including a fuel savings of $1.7 trillion–but as Katz writes, that number is “pure speculation given that actual savings would depend on the price of gasoline,” which can’t be predicted 14 years into the future, much less next summer.

This savings in fuel will have another adverse effect as well.  The continual march toward the greenies, and the EPA’s  agenda of eliminating the use of fossil fuels WILL result in HIGHER TAXES.   The primary source of funds for road & bridge maintenance and repair as well as new projects comes from the tax on gas and diesel.  In Virginia every gallon of fossil fuel has approximately $0.35 tax built in.  So the formula is simple; less fuel purchased less tax collected.  The difference WILL have to be made up somewhere.  So, in the end, THERE ARE NO REAL SAVINGS, ONLY MORE COSTS FOR CARS WE DON’T WANT!

There’s another point to be made, as well: American consumers would face higher-priced vehicles and fewer choices all at the hands of unelected bureaucrats at the EPA who have never been authorized by Congress to set fuel-efficiency standards for any purpose. That, though, is consistent with President Obama’s modus operandi–to regulate where he cannot legislate. There is something Congress can and should do: bar the EPA and the NHTSA from implementing and enforcing the new standards by withholding funds or passing a law prohibiting the regulation.

The EPA should not be in the business of picking and choosing what kind of cars and trucks Americans can drive, and neither should President Obama. But if Congress does not take action, that could certainly be the result.

← FLAT OR FAIR TAX? GET OUT THE ASPIRIN!
Are Vaccinations Killing Us? →