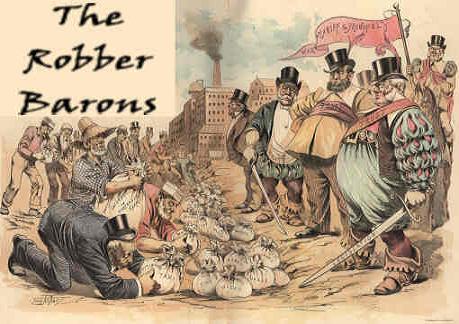 In June, Senators Mark Kirk, R-IL and Richard Blumenthal, D-CT introduced legislation aimed at eliminating Congressional pensions for members convicted of a felony while serving in their official capacity as a duly elected member of Congress.

S 1261, the “Integrity and Pension Forfeiture Act of 2011” would expand the existing law that allows former members to keep their pensions if they commit public corruption crimes in another elected office.  Kirk said that expanding the current law will block pension benefits for members who “fail to honor their pledge to defend the Constitution and upon the laws of the United States.”   Blumenthal added that “this legislation will close loopholes in existing federal law and help ensure that officials think twice before committing unlawful acts that betray their constituents and violate the public trust.”

Kirk’s bill  was assigned to the Senate Committee on Homeland Security and Government Affairs  on June 22nd.   Obviously, this is not a priority for the Senate.

In truth, S1261 is just another placebo to placate the masses.

Federal pensions date to the Civil Service Retirement Act of 1920 but members of Congress weren’t added to the pension system until 1942.  Today, any member of Congress who has served at least 5 years is fully vested in his/her federal pension and after retirement at age 62 can receive a full pension benefit.  Those members who have served at least 20 years can retire at age 50 with a full pension.  The pension is only part of the congressional nest egg.  In 1984, members of Congress started paying into Social Security, and participating in a federal 401(k) style investment program called the Thrift Savings Plan in which they can make pretax salary contributions. For those participating in the Federal Employees’ Retirement System, the government will match their contributions up to 5%.  Lawmakers can also take advantage of the same health care programs as other federal employees and get extra V.I.P. perks such as treatment at Bethesda Naval Hospital in Maryland.

According to a 2011 Congressional Research Service report, 455 retired members of Congress were getting benefits as of October 1, 2009.   275 members who retired under the old pension system receive annual benefits of $69,012 and those retiring under the new retirement system receive pensions of $40,140.  Any modification of the current Social Security system would more than likely cut into the benefits of retirees under the new retirement system, which goes a long way toward explaining why there is little interest in any Social Security reforms.

Most members of Congress were  independently wealthy when they were elected  or became independently wealthy through backdoor scams that would send the average taxpayer to jail.  It is sort of hard to image that on top of their personal wealth and a yearly salary of $174,000 they would need a federal pension.

Need a good  reason for dumping federal pensions?  According to the National Taxpayer’s Union there are 16 former members of Congress convicted of serious crimes who are still eligible for pensions with a combined value just shy of $1 million a year.

There are those deceased officials like Rep. Daniel Rostenkowski, D-IL, who was convicted of mail fraud in 1994 and continued to  received a pension of $120,000 until his death in August 2010.  Members with cases still pending like Rep. William Jefferson, D-LA, whose bribery and money-laundering conviction is being appealed and Sen. John Ensign, R-NV, whose ethics case has been referred to the Justice department, are still eligible for their pensions.  And, let’s not forget disgraced former representatives like Anthony Weiner, D-NY and David Wu, D-OR who resigned earlier this year amid embarrassing sex related scandals but were not charged with any crime.  Then there is Rep. Rick Renzi, R-AZ who was indicted in 2008 on charges that included extortion,  and wire fraud money laundering whose case has not come to trial.   S1261, The Integrity and Pension Forfeiture Act of 2011 would also not curb the $100,000 a year collected by former Republican Idaho Senator Larry Craig,   who was charged  with lewd conduct after soliciting sex in an airport restroom.  Senator Craig plead guilty in  2007 to a reduced charge of disorderly conduct.

Rep. David Schweikert, R-AZ said that he “believes in this concept that you come, you serve for a while, and then you go home. Maybe not having a pension system would help encourage that.”

We elect our representatives to look out for us  – not to amass a fortune at our expense.  Our elitist leaders should be forced to live under the same laws that they pass for the “little people.”    Then, we could put the crooks in prison where they belong.