President Obama is still bending over backwards to politically protect Muslims – even those sworn to destroy our nation.   He has now declared that the 2009 Fort Hood massacre was  “work place violence” – not a terrorist attack. 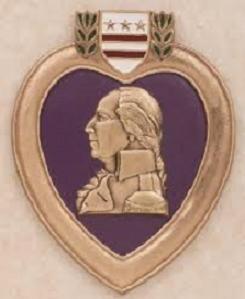 The men and women who survived the massacre are being denied the military Purple Heart they are due.  These soldiers put their lives on the line in defense of liberty and instead of recognizing their sacrifice and identifying them as heroes, Obama is treating them as civil service employees who just happened to get shot by a random act of violence.

The Fort Hood, Texas massacre was not a random act of workplace violence – it was a deliberate premeditated attack against America.  Major Nidal Malik Hasan was an enemy combatant in an American uniform who had given every indication of his hostility toward America.  But because of the Obama administration’s politically correct orthodoxy against offending Muslims in the U.S. and overseas,  Hasan retained his position in the military.

Senator Lieberman blasted Obama at a National Press Club event hosted by the National Consortium for the Study of Terrorism and Responses to Terrorism last September.  “The Obama administration still refuses to call our enemy. . .by its proper name. . .To call our enemy ‘violent extremism’ is so general and vague that it ultimately has no meaning. . .”    While Obama has no problem calling the tea party a radical extremists group he cannot bring himself to call our enemy what they are – Islamic Terrorists.    Go figure!

Anwar al-Awlaki, [now deceased] was an American born jihadist cleric,  a leading propagandist and recruiter for al-Qaeda,  who had been under investigation by the FBI in 1999 and 2000.  Underwear bomber Umar Farouk Abdulmutal trained at camps run by Awlaki’s group.  His group it also suspected in the 2010 “package plot” where printers containing explosives set to explode in mid-air were intercepted on their journey from Yemen to the U.S.  Faisal Shazhad, the Pakistani American who plead guilty to the May 2010 Times Square Car bomb,  said he was inspired by Awlaki.

Knowing of  Major Hasan’s affiliation with Anwar al-Awlaki and Awlaki’s al-Qaeda connections,  it seems rather suspicious that the FBI was unable to find  any information to suggest that the motivation for the massacre was a terrorists attack.  However, a short time after the massacre, the government declared al-Awlaki as a “Specifically Designated Global Terrorists”.

← State Of The Union Address Has a Familiar Ring!
Allen West – I Love This Guy!!! →