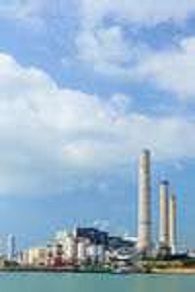 The Sierra Club, a liberal environmental group has admitted taking $26 million from Chesapeake Energy, one of the country’s largest natural gas companies, to use in it’s anti-coal campaign.

Sierra Club Executive Director Michael Brune has posted on the their website his explanation: In 2010, soon after I became the organization’s executive director, I learned that beginning in 2007 the Sierra Club had received more than $26 million from individuals or subsidiaries of Chesapeake Energy, one of the country’s largest natural gas companies. At the same time I learned about the donation, we at the Club were also hearing from scientists and from local Club chapters about the risks that natural gas drilling posed to our air, water, climate, and people in their communities. We cannot accept money from an industry we need to change. Very quickly, the board of directors, with my strong encouragement, cut off these donations and rewrote our gift acceptance policy.

He ends his article stating: Ultimately, the only safe, smart, and responsible way to address our nation’s energy needs is to look beyond coal, oil, and gas, and focus on clean, efficient energy sources such as wind, solar, and geothermal. It’s clear to countries around the world that the most successful 21st-century economies will be based on using energy that is safe, secure, and sustainable.

“The admission by the Sierra Club that it took $26 million from the natural gas industry to fund its long running anti-coal campaign explains a lot. Now we know why this so-called ‘independent’ organization has been such an advocate for another form of fossil fuel and against using cutting-edge technology that would make using coal to generate electricity just as clean as natural gas.

“The Sierra Club used secret gas industry funding to actively work to suppress the building of hundreds of next-generation coal-fired power plants across the country, plants which would significantly reduce emissions of mercury and other harmful substances.

“By doing so, the Sierra Club was able to continue to point to the higher emissions levels from aging plants that were not being replaced like they were supposed to be, which played into the false notion that coal can’t be used cleanly.

“But this campaign also means that the very people the Sierra Club says it wants to help will continue to be exposed to higher levels of mercury and other emissions – levels that would not occur if the new generation of coal-fired plants are built.

“They’ve cynically put people at risk for years to come with this campaign, and made themselves little more than tools of an energy industry competitor in the bargain. Let’s get real here: Just like any business, the gas companies are about selling gas, period. And they will gladly funnel cash to any organization that will help them do it.

“If the Sierra Club really wanted to make a long-term, positive impact for our nation’s energy future, it would support all potential ways to generate electricity cleanly and in a carbon-neutral way. The next generation of clean-burning coal-fired power plants, combined with the wide-spread deployment of carbon capture and storage technology, is one of those.

“Instead of merely being a knee-jerk shill for a competing industry, the Sierra Club would do well to take a step toward joining with those of us who seek not just a cleaner, but also a more stable and secure long-term energy future for our children and grandchildren.”

← Uncle Sam cracking down on Islamists’ critics
Next Meeting CORRECTION!! →