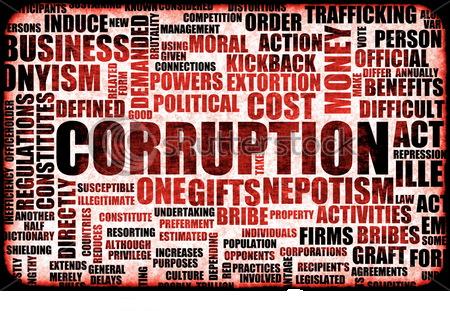 The Senate passed the STOCK Act but problems seem to exist in the House.

Reps. Louise Slaughter, D-NY and Tim Walz-D-MN who were behind HB 1148 said that House Majority Leader, Eric Cantor, R-VA, has “snatched away” their version of the bill and is now reworking it.

“We’re doing an insider trading bill with insiders, behind closed doors, not sharing with us.”  Walz said that they need to “Bring this dang thing out in the open.”

I agree with Walz.  I’m sick of all the behind closed door negotiations.  If reworking the bill is on the up and up – why hide?

Cantor says that he was working on strengthening the bill and addressing areas that might have been “contradictory.”  Rep. Slaughter is concerned that Cantor and other Republicans are weakening the areas concerned with “political intelligence” firms which seek private congressional information for the benefit of outside clients.

Since that “reworking” is being  done in secret,  I have no earthly idea what they are doing to the bill but the Sunlight Foundation claims that they have seen a report that one of the most important aspects of this already flawed bill – online disclosure – may be cut.

Transparency is crucial to preventing corruption.  The bill required online disclosure of important financial records that would let the public see when and where members of Congress move their money.  The proposed changes would get rid of that requirement which would mean that you and I would have to wade through piles of paperwork in Washington to find out what they are up to.

Call your representative and and tell them to stand up for transparency:  Demand they pass the STOCK Act and keep online disclosure.  We have a right to know what the crooks are up to.  Call Now  1-888-793-9786 – enter your zip code when prompted and you will be connected to your representative’s office.

The STOCK Act needs some tweaks – but those tweaks are for greater transparency, not less.

Evidence that has recently been made public  showing  that our elected “representatives”  enjoy a greater advantage when trading in the market by virtue of inside government trading.

It would be well worth your time to read  “Abnormal Returns From the Common Stock Investments of Members of the U.S. House of Representatives” written by Alan J. Ziobrowski, James W. Boyd, Ping Cheng, and Brigitte J. Ziobrowski.

The study concluded by saying “We find strong evidence that Members of the House have some type of nonpublic information which they use for personal gain.  That having been said, abnormal returns earned by Members of the House are substantially smaller than those earned by Senators during approximately the same time period.  These smaller returns are due presumably to less influence and power held by the individual Members.”

A recent  60 Minute segment based on a book by Peter Schweizer of the Hoover Institute accussed Congressman Spencer Bachus, R-AL of trading in funds that would make money if the economy tanked after receiving a secret briefing that warned of the pending collapse of the financial sector;  Congressman John Boehner, R-OH  just days before the public option in Obamacare was killed,  of purchasing health care stocks; and former speaker Nancy Pelosi, D-CA of making millions trading in VISA stock while holding off credit card reform legislation.

The 60 Minute segment also alleges that former Speaker Dennis Hastert, R-IL used his office for personal enrichment.  When Hastert became speaker in 1999, he was worth a few hundred thousand dollars but when he left the job 8 years later he was a multi-millionaire.  In 2005 Hastert got a$207 million federal earmark to build the Prairie Parkway through cornfields near his home where he had purchased land adjacent to the future parkway.

The corruption goes deeper than just insider trading.  Former Senator Judd Gregg, R-NH helped steer nearly $470 million in government funds  toward redeveloping a defunct Air Force Base which he and his brother had a commercial interest.

Since the 60 Minute segment it has also come to light that Senator Claire McCaskill purchased Berkshire Hathaway stock just prior to the bank bailout being signed into law.  Berkshire Hathaway received $90 billion in taxpayer funds.  Senator Tom Carper who is on the Senate Finance Services Committee, purchased health care stock that would benefit from the passage of Obamacare.  Carper was the point man in pushing Obamacare during 2009.

It should not come as a surprise to anyone that a dangerous legal loophole exists which allows members of Congress and high powered executive branch appointees to exploit insider knowledge of the financial industry in order to turn personal profits.

A little understood potential channel for personal enrichment, in or out of government, is access to stock that is sold in an “initial public offering” (IPO).  The opportunity for corruption in an IPO occurs if the stock price is manipulated to initially sell for a price that is lower than the market demand, guaranteeing instant profits to purchasers of the stock.   The price manipulated IPO can be traded for government favors.   This is what Pelosi and her husband used with the VISA stock.  They purchased 5,000 shares of VISA at the initial price of $44 per share and two days later it was traded at $64 a share – an instant profit of $100,000 in just two days.

In the 90’s former House Speaker Tom Foley, D-WA participated in 42 of these special access IPOs; Senator Robert Torricelli, D-NJ was involved in an IPO offering that netted him $220,000; and former  Senator Alfonso D’Amato, R-NY,  tripled an $18,000 investment overnight from investing in a firm that was under investigation by a Senate committee on which he was chairman.

Another means for our elected representatives to enrich themselves is something called the “Revolving Door”.  Elected officials, their staff, and other government employees are susceptible to trading favors for lucrative future jobs.   In a 2005 Public Citizen study – Congressional Revolving Doors:  The Journey from Congress to K Street – 43% of 198 members who had left Congress since 1998 became registered lobbyists.

Of course none of this is illegal – Congress passes laws and then exempts themselves from having to comply with the very laws they force us to live under.   While insider trading by corporate insiders has long been the white collar crime equivalent of a major felony, the SEC has determined that insider trading laws do not apply to members of Congress or their staff because, according to the SEC, “these public officials do not owe the same legal duty of confidentiality that makes insider trading illegal by non-politicians.”  Translation:  It is okay to be a criminal if you are elected to office!

The Stock Act – HR 1148, “Stop Trading on Congressional Knowledge” introduced in March by Timothy Walz, D-MN, is now finally receiving some consideration due to public outrage.  In the Senate we have S 1871 introduced Nov. 15 by Scott Brown,  and S 1903 introduced on Nov. 17 by Kristen Gillibrand.

All three bills would make it illegal for members of Congress and staff to buy or sell securities based on certain nonpublic information,  toughen disclosure obligations by requiring congressmen and their staff to report trades of more than $1,000 to the clerk of the House or the secretary of the Senate within 90 days, and bring the political intelligence consultants used by hedge funds under the same rules that govern lobbyists.

But, on closer examination of the these bills, it is evident that Congress is up to its usual game of deceiving voters.  According to Jonathan Macey, a law professor at Yale, the  proposed changes pertain only to information related to pending legislation.  Insider information obtained during a regulatory briefing or in another context unrelated to pending legislation would not be covered –  leaving a loophole large enough to drive a tank through.

← Next Meeting CORRECTION!!
STUDENTS HAVE RIGHTS IN PUBLIC SCHOOLS →