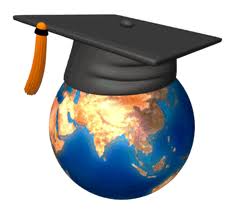 Students do not lose their constitutional protection of free speech, including religious speech, on school grounds.  Student speech can only be prohibited when the speech activities “substantially interfere with the work of the school, or impinge upon the rights of other students.”

“. . .state operated schools may not be enclaves of totalitarianism.  School officials do not possess absolute authority over their students.  Students in schools as well as out of school are “persons” under our Constitution.  They are possessed of fundamental rights, which the State must respect, just as they themselves must respect their obligations to the State.  . . .students may not be regarded as closed-circuit recipients of only that which the State chooses to communicate.  They may not be confined to the expression of those sentiments that are officially approved.  In the absence of a specific showing of constitutionally valid reasons to regulate their speech, students are entitled to freedom of express of their views. It can hardly be argued that either students or teacher shed their constitutional rights to freedom of speech or expression at the schoolhouse gate.”

Schools may prohibit student free speech only if there is specific evidence that the speech materially and substantially interferes with the ordinary operation of the school.  Merely because others disagree or are offended by the message is no reason to prohibit student speech.

The right to free speech includes the right to peacefully distribute literature.  The Supreme Court considers the distribution of printed material as pure speech.   Literature distribution includes anything in printed format such as brochures, pamphlets, newspapers, cards, stamps, books, symbols and pictures.

Religious speech enjoys the same protection as political speech.  Students have the right to persuade, advocate and even proselytize a religious viewpoint.  The Supreme Court recognized that “free trade and ideas means free trade and the opportunity to persuade, not merely to describe facts.”  Merely because other students or school officials disagree with the viewpoint of the message is no reason to deny student speech.  In Tinker, the Supreme Court said:

Any departure from absolute regimentation may cause trouble.  Any variation from the majority’s opinion may inspire fear.  Any word spoken, in class, in the lunchroom, or on the campus, that deviates from the views of another person may start an argument or cause a disturbance.  But our Constitution says we must take this risk and our history says that it is this risk of hazardous freedom – this kind of openness – that is the basis of our national strength and of the independence and vigor of Americans who grew up and live in this relatively permissive, often disputatious, society.”

Just as it would be unconstitutional and ludicrous for schools to preview all student verbal communication before it occurs, it is similarly unconstitutional to do so with respect to printed communication.  The Supreme Court has unequivocally stated that prior notification is “quite incompatible with the requirement of the First Amendment.”

Students may communicate a message through words of symbols on clothing or by wearing jewelry. The only difference between clothing and jewelry, as opposed to verbal or written speech, is that clothes and jewelry are carried into the classroom during instructional time and therefore, schools may place some restrictions if worn during class.  However, if the school allows T-shirts or jewelry with secular messages or symbols, the school cannot prohibit students from displaying religious T-shirts or jewelry in class.   Schools may not place restrictions on symbols on clothing or by wearing jewelry during non-instructional time.

While schools may place certain restrictions on speech during class time, students may express a religious viewpoint during class time as long as it is consistent with the subject being studied or taught at that time.  If students are asked to give verbal or written reports, students may use religious topics as long as the report falls within the parameters of the assignment.  Teachers may not prohibit students from giving written or oral reports solely because the content is religious.

Students in elementary school have what is known as “Show and Tell.”  As long as the items being brought into the class is consistent with the assignment, schools are prohibited from restricting students from showing or telling about their item solely because the content is religious.

If a public secondary school receives federal funds and allows one or more noncurriculum related student groups to meet on school grounds, the  school cannot prohibit other noncurriculum related student groups from meeting on school grounds, unless such clubs “materially and substantially interfere with the orderly conduct of education activities within the school.”

Equal Access means exactly what it says – equal acccess to every facility of the school which is used by at least one or more noncurriculum relatated groups to inlcude classroom facilities, copy machines, intercom systems, bulletin boards, school newspaper, yearbook, annual club fairs, financial sponsorship and any other benefit or facility afforded to secular student clubs, and  qual treatment regarding financial benefits or burdens such as fees.

← ABOVE THE LAW: A License To Steal
Motive, Means and Opportunity-implementing Marxist-Leninist socialism in America →