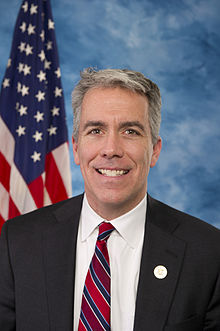 With 24 co-sponsors for his bill, Walsh stated in a letter to his colleagues that “The UN has been trying for almost a decade now to move forward with the Arms Trade Treaty (ATT). This treaty poses a very real threat to the sovereignty of the United States and to our “right to keep and bear arms” – and this treaty is now moving forward with the support of the current administration.”

12/7/11 – Congressman Joe Walsh (IL-8) introduced The Second Amendment Protection Act would cut off all funding to the United Nations if the United States agrees to any treaty that infringes on the constitutional rights of American citizens. The United Nations has been trying for nearly a decade to move forward with the Arms Trade Treaty (ATT). This treaty poses a very real threat to the sovereignty of the United States and the Second Amendment rights of all Americans.

Walsh stated: “The Arms Trade Treaty is bad for America and bad for U.S. gun rights. The Bush Administration had wisely opposed any effort to advance this treaty. Yet quickly into the first year of President Obama’s presidency, talks have now resumed and the treaty will soon be voted on next year.

“We must not let the United States get entangled in any agreement that threatens our sovereignty or our constitutional rights. The legislation I introduced today would cut off funding to the United Nations if the U.S. agrees to any treaty that would infringe on our rights. The U.N. needs to be held accountable if they choose to impose these restrictions. The taxpayer should not have to foot the bill for an organization that would impose new rules on private gun ownership.

“I am a firm believer that the right to bear arms is a fundamental right for all Americans.  I will continue to defend the Second Amendment and stand on the frontlines with America’s gun owners.”

Rep. Walsh highlights for his House colleagues the necessity of his proposal, noting that:

Without the contributions of the United States, the UN would be crippled financially. According to government reports, U.S. taxpayers foot the bill for 22 percent of the UN’s regular budget and 27 percent of its “peacekeeping” budget.

In this video from Dec. 2011, Rep. Walsh says the motive behind “Fast & Furious” was to make the case for Gun Control on Americans, and Obama is the most anti-gun president he has ever know.