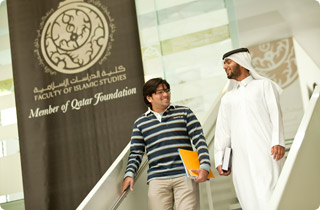 Anti-Semitic and a supporter of suicide bombings and Hamas Sheikh Yousef al-Qaradawi, the top Muslim Brotherhood theologian, spoke at the event.

According to The QFIS website, the Brotherhood offers student graduate programs in:

What is Qatar Faculty of Islamic Studies?

We believe that clarifying the spirit of our Islamic heritage and its ability to serve all of humanity through its dynamic contribution to the arts and sciences is a critical mission in today’s world.

This 14 min. video explains how our children are being indoctrinated in our schools and universities.

← Be Black But Not Republican
Goverment’s EYE IN THE SKY →

9 comments for “Universities Team Up With Muslim Brotherhood”