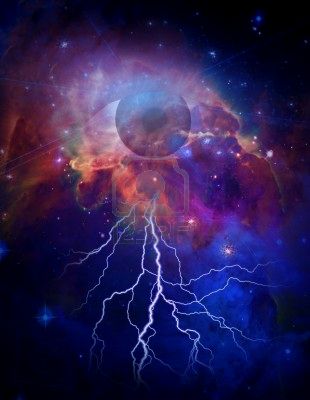 It looks like Congress sold us out again.  This time they passed the FAA funding bill with a provision to open up U.S. skies to unmanned drones for domestic spying.   Both Houses have passed the bill and it is currently awaiting Obama’s signature.

Under the provision the FAA is to expedite and simplify it’s drone operation permission process to government agencies within 90 days and provide military, commercial and private owned drones expanded access to airspace currently reserved for manned flights by September 30, 2015.  Since there currently is no system that allows operators of unmanned drones to spot and avoid helicopters and planes, this will be an accident waiting to happen.

As drone technology has advanced American law enforcement agencies are eager to use them in their daily operation.  But, as the ACLU explains “nothing in the bill would address the very serious privacy issues raised by drone aircraft.  This bill would push the nation willy-nilly toward an era of aerial surveillance without any steps to protect the traditional privacy that Americans have always enjoyed and expected.  We don’t want to wonder, every time we step out our front door, whether some eye in the sky is watching our every move.”

Already the federal government is facing a lawsuit from the Electronic Frontier Foundation, a watchdog group that is asking for the FAA to release records on the almost 300 agencies that have authorization to operate drones domestically.  Jennifer Lynch, an attorney with the EFF said the bill makes their suit even more important.  “I think the fact that congress is pressuring the FAA to expand its UAS program through the FAA Reauthorization Act only reinforces the need for these records.  It’s important that we learn more about how the federal government and state and local law enforcement agencies are already using drones before we expand their use further.  The privacy concerns posed by the use of drones for domestic surveillance are too great to excuse the FAA’s lack of transparency on this issue.”

Everyone is familiar with the current drones being used by the military but,  the Army is developing a helicopter style drone with vertical takeoff and hovering capabilities that carries a 1.8 gigapixel color camera which offers an unprecedented capability of ground surveillance.   It is capable of tracking people and vehicles from altitudes above 20,000 feet with a wide field of view and can cover 65 square miles.  It also allows ground operators 65 steerable windows which can “stare” at separate targets.

The U.S. Defense Advanced Research Projects Agency has teamed up with the U.K.’s BAE System to develop an advanced version that offers night vision and the capability to follow up to 130 targets simultaneously.   That certainly could come in handy when Obama puts out a “hit” on American citizens.

If being spied on by drones doesn’t bother you, maybe this will since it may hit closer to home, literally. 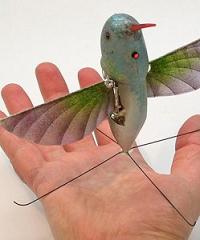 agencies and security services the ability to hear and see in spaces where a human might not fit or have access.

They are working on the development of remotely controlled flying objects that stimulate normal looking birds and insects and investing in applications where miniature surveillance equipment can be implanted into living insects  which they will be able to control.

One such project cost taxpayers a cool $4 million for a remote controlled fake flying hummingbird with a wingspan of only 6.5 inches that can fly as fast as 11 mph.  This little hummer can land and perch outside any window and record video and voice  fron its tiny little stomach.

Another funded project developed by Lockheed Martin was for a maple leaf seed helicopter at only 0.07 ounces with an embedded imaging sensor.

So much for the Constitution!  I don’t know about you but I’ll never look at nature the same!

← Universities Team Up With Muslim Brotherhood
Trust Me →