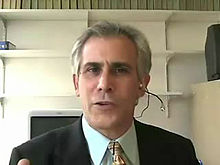 Corn writes that after the midterm elections, Obama told labor leaders in  December 2010 that he held Fox partly responsible for him “losing white males.”

“…Fed by Fox News, they hear  Obama is a Muslim 24/7, and it begins to seep in…The Republicans have been at  this for 40 years. They have new resources, but the strategy is old,” Corn  recounted Obama as saying.

Obama shifted his own tactics in 2011, Corn writes, moving from compromising  with Republicans to challenging the tea party. The president, senior adviser  David Plouffe and other top administration officials plotted a “secret strategy”  — by not unveiling a specific deficit reduction plan and not instantly  challenging the House Republicans’ budget cuts — to “draw the GOP into a trap.”

In a meeting with an adviser after the 2010 midterm elections, Obama slammed  corporate executives for attacking him.

“I saved these guys when the economy was falling off a cliff,” Obama said,  according to Corn. “Now I get nothing but their venom.”

The book goes on to detail how Obama in the budget negotiations of 2011, Obama and then budget chief Jack Lew decided  to let House Speaker John Boehner win budget cuts to appease tea partiers in  Congress, but Lew negotiated in order to control the impacts on important  programs and “in a way, snooker the Republicans,” according to Corn.

Treasury Secretary Timothy Geithner, speaking on behalf of the Obama White House, told Rep. Paul Ryan: “You are right to say we’re not coming before you today to say ‘we have a definitive solution to that long term problem.’  What we do know is, we don’t like yours.”

All Democrats are concerned about is making Republicans look bad and winning the next election so they can finish transforming America into a Socialist/Communist/Progressive 3rd world country.

Regardless how hard Republicans try to bring back jobs and our economy, Democrats continue to plot destruction (communism/socialism), not success.