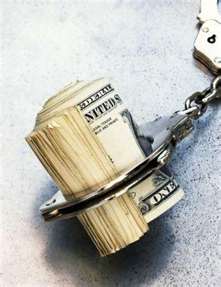 Your Tax Return will no longer be between you and the IRS if Steve Miller, deputy IRS commissioner for services and enforcement has his way. Though tax information is suppose to be top secret by IRS staff, they are considering a ‘special program’ in which suspicious tax files may be shared with local and state police departments.

Miller told the Senators on the Finance Committee last Tuesday that the IRS is considerating sharing your tax return information with your local police to enforce tax laws. Miller states reasons being; increased tax fraud, tax evasion and identity theft.

According to Miller, the IRS identified and prevented the issuance of over $14 billion in fraudulent refunds in 2011. Identity theft is a subset of this overall refund fraud. Since 2008, the IRS has identified more than 460,000 taxpayers who have been affected by identity theft.

Many officers have voiced their disapproval of the IRS wanting to use law enforcement to collect the almighty tax dollar.

Edith Consorta of New York stated, “We police officers are busy enough without being used to collect taxes for the federal government even if fraud was involved.

We’re prevented from going after illegal alien lawbreakers, but we’re going to go after American citizens who try to keep more of their own money? That smacks of police state tactics.”

In addition to criticizing the IRS plan to use local police in their search for tax money, several officers said they found it hypocritical to have the head man at the Treasury Department oversee the IRS when he himself was involved in questionable behavior that would have resulted in punishment for most Americans.

Virginia Attorney General Ken Cuccinelli told the absolute truth when he  appeared on C-SPAN stating: This president and his administration are the biggest lawbreakers to run the federal government in our lifetimes.”

We are living in a police state and it will continually get worse as long as Obama remains in office.

We Need To STOP this intrusion of Privacy Immediately!