Because the Americans and the Europeans refuse to acknowledge the elephant of Jew hatred in the middle of the room, they cannot be trusted to make reasoned or rational policy decisions. And since they cannot be trusted to act rationally, Israel cannot rely on the Americans or the Europeans as allies or partners when it confronts threats from its Jew obsessed neighbors. 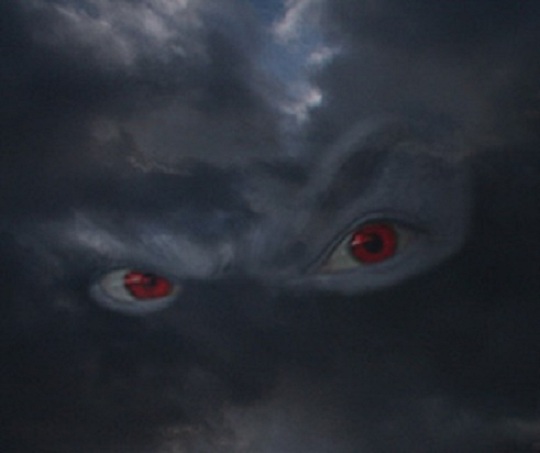 It is hatred of Jews that dictates the legal regimes, foreign policies, military aspirations, cultural mores, educational themes and even public health policies of our neighbors from Ramallah to Teheran.

Despite the centrality of Jew hatred in all aspects of public life in the Arab and Muslim world, our neighbors’ unrelenting and irrational abhorrence for Israel and the Jewish people remains a dirty secret that you aren’t supposed to mention in polite company. From Washington to Brussels, talk of the policy implications of Arab and Muslim Jew hatred is prohibited.

Omar Abu-Sneina, a convicted terrorist murderer is one of the thousand Palestinian terrorists that Israel released from prison in order to secure the release of Israeli hostage IDF Sgt. Gilad Schalit. Originally from Hebron, Abu-Sneina was released to Hamas-controlled Gaza.

This week the IDF announced that since his release Abu-Sneina has returned to the terror business.

The Israel Security Agency intercepted a memory card he sent his family in Hebron with instructions for how his fellow terrorists should go about kidnapping and holding IDF soldiers hostage. The instructions demonstrate how for Abu-Sneina, Israelis don’t even deserve to be treated like animals.

Among other things, he discussed how to hide a hostage. As he put it, “Avoid hiding [the captive soldier] in desolate places, tunnels or forests, unless the aforementioned [captive] is a corpse or a severed head. If the aforementioned is a live human, that must be visited at least once a week and provided with food and drink, it is best to hide him in a house, an agricultural farm, a workplace, etc.”

Abu-Sneina’s coldblooded cruelty and rejection of the inherent value of the lives of Israelis is not simply a function of the fact that he is a terrorist. It is a reflection of the values of Palestinian society. Those values are continuously expressed and reinforced by Fatah and Hamas controlled media outlets, cultural and educational institutions and religious authorities. The ubiquitousness of Jew hatred in the daily lives of Palestinians is so overwhelming it is difficult to imagine any facet of Palestinian life that isn’t inundated by it.

This week a Palestinian court sentenced Muhammad Abu Shahala to death for selling a home in Hebron near the Cave of the Patriarchs to Jews. Shahala was arrested shortly after several Jewish families moved into the house last month. He was reportedly tortured and quickly tried and sentenced to die by a PA court.

Leaders of the Jewish community of Hebron wrote a letter to international leaders this week asking them to intervene with PA Chairman Mahmoud Abbas and demand that he cancel Shahala’s sentence. They addressed the letter to UN Secretary General Ban Ki-Moon, US Secretary of State Hillary Clinton, President of the European Council Herman Van Rompuy, the Director General of the International Red Cross Yves Daccord as well as Prime Minister Binyamin Netanyahu and President Shimon Peres. In it they wrote, “It is appalling to think that property sales should be defined as a ‘capital crime’ punishable by death. The very fact that such a ‘law’ exists within the framework of the PA legal system points to a barbaric and perverse type of justice, reminiscent of practices implemented during the dark ages.”

They went on to make the reasonable comparison between the PA’s law prohibiting land sales to Jews to Nazi Germany’s Nuremburg laws that constrained and finally outlawed trade between Jews and Germans. The letter concluded with the question, “Is the Palestinian Authority a reincarnation of the Third Reich?”

The Palestinians of course are far from unique in their obsession with hating Jews. Their hemorrhage of hatred, their obsessive need to reject any move towards peaceful coexistence with Israel, or what the renowned late Palestinian poet Yousuf Al Khatib referred to picturesquely as “the Jewish filth of Europe” is matched in every Arab land. And of course, it is the primary obsession of the Iranian regime.

The parallels between Nazi laws and the laws of the PA and the Arab states that outlaw all cooperation with Israel and make such cooperation a capital offense are obvious and straightforward. Yet generally speaking, anyone who points out this fact is automatically dismissed as an alarmist or an extremist. Given the PA’s relative military weakness when compared with Israel and the Arab world’s current lack of interest in waging active war against Israel, noting their inarguable ideological affinity with the Nazis is considered socially and even intellectually unacceptable. The fact that they lack the ability to implement their ideology renders it improper to mention it.

The social prohibition on drawing parallels between the threats facing Israel today and those that faced the Jewish people seventy years ago is not limited to the discourse on Arab world’s conflict with Israel. It extends as well to polite society’s discourse on Iran’s nuclear program, which the Iranian regime has made clear repeatedly is aimed at destroying Israel.

In his address to the nation at the annual Holocaust Memorial Day ceremony at Yad Vashem on Wednesday evening, Prime Minister Binyamin Netanyahu took aim at that taboo when he attacked those who accuse him of belittling the Holocaust by comparing the annihilation of European Jewry to the threat posed by Iran’s nuclear weapons program.

Netanyahu said, “I know there are also those who believe that the unique evil of the Holocaust should never be invoked in discussing other threats facing the Jewish people. To do so, they argue, is to belittle the Holocaust and to offend its victims.

“I totally disagree. On the contrary. To cower from speaking the uncomfortable truth — that today like then, there are those who want to destroy millions of Jewish people — that is to belittle the Holocaust, that is to offend its victims and that is to ignore the lessons.

“Not only does the Prime Minister of Israel have the right, when speaking of these existential dangers, to invoke the memory of a third of our nation which was annihilated. It is his duty.”

Netanyahu is right, of course. Unfortunately for Israel, raising the Holocaust in the context of a discussion about contemporary threats to the Jewish people is the rhetorical equivalent of dropping a nuclear bomb. Just as no one is allowed to use a nuclear bomb, no one is allowed to mention the Holocaust. And that means that there is ultimately no way to speak about the violent hatred that animates our enemies in every aspect of their policy making. From the seemingly anodyne issue of property sales to the existential issue of nuclear weapons programs, the Jew hatred that lies at the foundation of their actions is out of bounds for discussion.

Actually, the situation is both better and worse than that. Netanyahu’s rhetorical boldness in drawing the parallel between Iran and the Nazis is arguably the only reason that the EU and the Obama administration have taken any actions against Iran. No, as their feckless negotiations with the mullahs, their foot dragging in implementing economic sanctions, and their outspoken opposition to military action against Iran make clear, they do not really mind the prospect of Iran acquiring the ability to wipe out the Jewish state. But the only reason they have adopted sanctions at all is because Netanyahu’s Holocaust rhetoric made them fear that Israel will attack Iran’s nuclear installations if they didn’t.

On the other hand, when it comes to their direct dealings with Jew haters, Westerners not only fail to confront them about their prejudice. They enable it. For instance, at a townhall meeting during her visit to Tunisia last month, Hillary Clinton was asked how US leaders can be trusted when during elections, “most of the candidates from both sides run towards the Zionist lobbies to get their support.”

Rather than reject the anti-Jewish premise of the question — that Jews exert inordinate control over US politics or that there is something wrong with candidates expressing support for Israel — Clinton treated the question as legitimate.

Clinton said, “A lot of things are said in political campaigns that should not bear a lot of attention.”

Clinton even congratulated her anti-Jewish questioner saying, “I think it’s a fair question because I  sometimes am a little surprised that people around the world pay more attention to what is said in our political campaigns than most Americans.”

Similarly, a report on the behind the scenes goings on at last weekend’s nuclear negotiations with Iran published by Al-Monitor described the friendly discussion that took place at a dinner Friday night between EU foreign policy chief Catherine Ashton and Iranian chief negotiator Saeed Jalili. According to a European diplomat, the conversation was aimed at breaking the ice. And it included a discussion of “political party funding in the US.”

It is hard to imagine that such a discussion involved anything other than a group tongue clucking session directed against the inordinate impact of “Jewish money” on US electoral politics. That is, it is all but impossible to imagine that the discussion involved anything other than Ashton attempting to build a rapport with her Iranian counterpart based on shared hatred or contempt for Jews.

The fact that the West refuses to consider the policy implications of the most powerful force in Arab and Iranian policymaking and political life does not mean that Israeli policy makers should necessarily expand their discussion of the topic — although it would probably not hurt for them to do so. What it means is that the general policy debate in the West about the nature of Middle Eastern politics is completely divorced from reality.