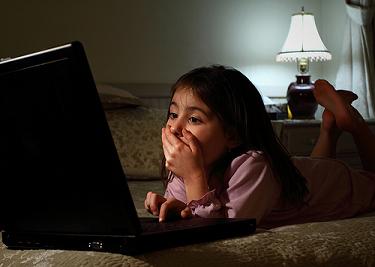 President Obama and the ACLU have joined forces to advance a new component of the pro-homosexual agenda that will impact every public school student in America.

The statement released by the White House said that “Obama is proud to support the Student Non-Discrimination Act,  introduced by Senator Al Franken and Congressman Jaris Polis and the Safe Schools Improvement Act introduced by Senator Casey and Congresswoman Linda Sanchez.  These bills will help ensure that all students are safe and healthy and can learn in environments free form discrimination, bullying, and harassment.”

In March 2011, Rep. Jared Polis (D-CO) reintroduced the Student Non-Discrimination Act,  HR 998, joined by  Republicans Todd Platts of PA and Ileane Ros-Lehtinen of Florida with 155 Democratic cosponsors.  This bill is currently in committee.

Polis, an openly gay member of Congress introduced this piece of legislation to protect LGBT (Lesbian, Gay, Bisexual and Transgender) students.  In a statement, Polis said “education is the right of every student regardless of their actual or perceived sexual orientation or gender identity. We must take action to protect the safety of our students and enshrine the values of equality and opportunity in our classroom.”

Senator Al Franken, (D-MN) introduced S555 in the Senate with 37 co-sponsors.  “Unchecked bullying of LGBT students is unacceptable.  The high suicide rate for LBGT youth – as witnessed across the country over the past year – shows that we are falling drastically short in our efforts to protect our kids.”

These bills are not about stopping bullies.    They are just another attempt to  further the radical homosexual agenda by making the LBGT lifestyle a “protected and equal” category to existing protected catagories of race, gender, disability, and religion, under which the gay community is already protected.  And let’s be honest – today Christians who hold pro-moral views on homosexuality are more likely to be bullied in public schools than those who hold pro-homosexual views.

Under these bills, any federal goverment agency that deals with financial assistance for public schools will have the right to issue new rules, regulations and orders consistent with the achievement  of the objectives of the bill (homosexual objective) upon approval by the president.  Anyone who perceives themselves as being bullied under the provisions of these bills will have the right to sue the school district and/or state in federal court.

According to the the Williams Institute at UCLA School of Law, a sexual orientation law and public think tank, there are about 9 million or 3.8% of the population in the U.S. that identifies with the LBGT community.    HealthyPlace.com, America’s mental health channel, stated that researchers have known that one-third of all teenagers who commit suicide are gay.   But it’s not true.   Sexual orientation is not listed on death certificates and without accurate records on the number of gay teens, any estimate about their suicide rate is little more than a guess to push an agenda.

A study published in January 2010 in the Journal of Adolescent Health suggests that it is true that homosexual teens are bullied more than heterosexual teens but, in general, those who are different from the social norm are often bully targets.  No group is immune to bullying.   “The importance of that is we know that it’s not just that they’re bullied and that’s a normative experience for young people.  We know kids who are bullied have health consequences of those bullying experiences.  Kids who are bullied are more likely to have physical and mental health problems.”

Protection of “our kids” is not the objective of either bill since it only provides protection to homosexuals.  Both bills  will give unelected  federal agencies more power to force a homosexual agenda into the pubic schools and homosexual activists the power to force their agenda through the federal courts.

As usual, members of Congress  take advantage of their position to force legislation upon the citizens without any research to back up their agenda.   Schools can stop bullying without promoting homosexuality or gender identity.

These bills are pushed only   to empower the Department of Education and other federal aencies to provide funding for and deploy educational programs specifically designed to achieve LGBT lifestyle equality.  The language in both bills is very broad which opens the door to a wide range of interpretations of appropriate enforcement.

Traditional marriage and  strong family ties have always been the building blocks of society – when families are strong and parents raise their children with values and morals, the nation remains strong.    Today,  America no longer enjoys a cultural consenses on God, religion, or what even constitutes right from wrong.  We have fallen prey to the politically correct, to the onslaught against traditional values from the homosexual activists, and the far left socialist movements.  “Tolerance is the virtue of men who no longer believe in anything”  G.K. Chesterton

When it comes down to the core of our existence, faith, family and family values are the only things that truly matter.  Yet, these  bills will, if allowed to pass, give the federal government the right to dictate what values your child is taught.

If you want to see the liberal assault on your family and family values in action, take a good look at New York City.   The new sexual education curriculum, which is mandatory for middle and high school students, began this spring.   Not only will these kids receive risk cards that rate the safety of different sexual activities, they will get to go on field trips to compare and contrast condoms.  Teens are referred to additional resources such as Columbia University’s web site “Go Ask Alice“, which explores topics like “doggie-style” and other positions, “sadomasochistic sex play”, phone sex, oral sex with braces, fetishes, porn stars, vibrators and bestiality.

But this is more than just a religious issue – this is a fight for parental rights — the rights to bring your children up in the values and morals you hold dear.

The only purpose these laws serve is to mandate an acceptable viewpoint on the issue of homosexuality using purported violence and/or harassment as the ration and the federal government as the hammer to silence dissenting viewpoints.

The gay rights movement doesn’t want just the right to be gay, or the right to privacy, or the right to not be bullied  —  they are promoting their agenda as a civil rights issue to obtain legal protection and cultural acceptance and to be accepted culturally, they have to brainwash a new generation — our children — into believing that homosexuality is an acceptable way of life  —  on par with heterosexuality.