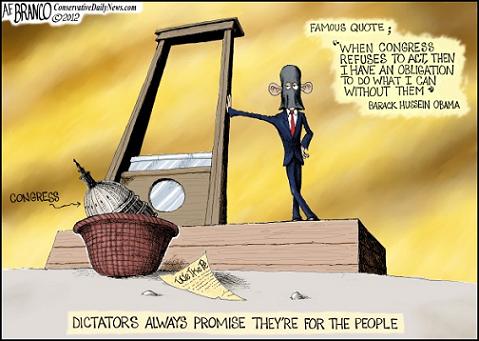 We can accuse Obama of being many things but boring isn’t one of them.

When he was running for election we found out that he couldn’t give a position on abortion because it was above his pay grade.   Of course his pay grade did change as president but I don’t believe for one moment that money made him see the light.   He had an agenda when he was running and once he obtained his goal of leader of the free world he set about destroying that freedom.  First it was through socialized medicine which would make it easier to install his socialist agenda is to kill off a large portion of the population through abortion and sterilization.  Another bonus of  Obamacare would give him the ability to further  reduce the world’s population through withholding medical care for the elderly, disabled and those others that eugenicists feel are unfit to live.

Now we find that he has seen another light —  that of approving of gay marriage.  He has always had this agenda.    It began with allowing gays to serve openly in the military and, as a bonus,  he was able to further silence religion in the military and cause even more  chaos between the secular and Christianity.

If I were gay, I would have to ask myself – why now is he suddenly so approving after 3 years of silence, especially since as early as 1996, as Illinois state senator he said he approved of gay marriage.  Could it be that you are being played for votes?   Of course, if you are hard core far left activists you don’t care why he is doing it because it just furthers your agenda.

Obama has been accused of being Muslim which, if I were gay, would give me further reason to question his agenda.  Muslim’s hate homosexuals and Sharia law requires the death penalty.  So, is he a Muslim?   Obama claims he is Christian which any true Christian knows he is not.  Real Christians cannot, nor will they ever, accept homosexuality marriage as normal.

Along with “now” being for gay marriage, we discover that the military is fighting for him.  Wow, that is the height of arrogance.  I wonder if the men in uniform know that they are fighting  for Obama’s re-election campaign,  instead of for our country.

Maggie Gallagher, cofounder of the National Organization for Marriage is happy the big O came clean because now voters have a clear choice between Obama and Romney.  But, do they?   Romney also pushed homosexual marriage and abortion as governor of Massachusetts.  But I must admit that  at least in this election,  he is definitely the lesser of two evils!  Even with his progressive tendencies, I truly believe he loves this country.

Obama is with out a doubt the biggest mistake American voters have ever made and one which may ultimately destroy our country.  We elected a president with socialist tendencies, who is adapt at lying with a straight face, has broken almost every promise he made during his campaign,  has systematically side-stepped Congress to install his socialist agenda, has threatened our Supreme Court Justices and is only one major riot or civil disturbance away from becoming a dictator.

Nancy Morgan of Right Bias asked in 2010 whether “Obama was trying to bankrupt America by adopting the strategy by Cloward-Piven, overwhelm the system from within until it fails, and then replace it.”

Accelerated borrowing and debt, galloping inflation and its twin, deflation of our currency, unaffordable government controlled health care and the monopolizing of industries and banks, and endlessly expanding entitlement programs which we cannot pay for are the weapons of choice to destroy America from within.

If Obama is not stopped in his tracks, America as left to us by our parents and our grandparents, will cease to exist.  We will have nothing to pass to our children and our grandchildren but tyranny.