Why would anyone want Russia, Cuba, Libya, Morocco and another 188 U.N. member nations to have a voice in our Second Amendment Rights?  The answer, of course, is Obama who is anxious to boost our image abroad by supporting the U.N. Small Arms Treaty. 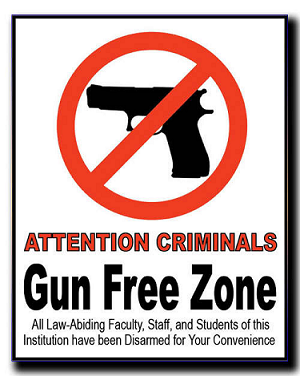 The U.N. has been kicking around the idea of controlling small arms since the mid 1990s but their initiative gained momentum in 2001 with the release of the “Program of Action to Prevent, Combat and Eradicate the Illicit Trade in Small Arms and Light Weapons” (POA), which provided the framework for the U.N. Small Arms Treaty.

The treaty’s objective, according to Obama, Hillary, the U.N., and other gun control activists,  is to cut down on the hundreds of thousands of lives lost every year around the globe to armed conflicts, but if you believe that, you’ll swallow anything.

David Kopel, a Cato Institute analyst and the author of “Aiming for Liberty: The Past, Present, and Future of Freedom and Self-Defense” says that as a gun owner he is genuinely concerned about the treaty’s aims.  “This treaty could set the foundation for a highly restrictive licensing and registration system in which many different types of guns would be banned and defensive gun ownership would be highly disfavored.”

Wayne LaPierre, of the NRA, said that under the treaty, a manufacturer of shotguns would face the same regulatory regime to sell them abroad as a builder of military attack helicopters.  “This is international gun registration.  It is a laundry list of concerns for gun owners.”

While the final wording of the treaty is indeterminate, various drafts have already been proposed:

The only thing that might prevent the ratification of this treaty during Obama’s first, and hopefully only, term is the fact that he doesn’t have enough votes in the Senate.  But, if the balance of power shifts during this year’s election, you can kiss your gun rights good-bye.

Until the U.N. Small Arms Treaty is finalized, we need to concentrate on a serious effort by  the Bureau of Alcohol, Tobacco and Firearms (ATF)  to ban shotguns.

ATF wants to redefine a shotgun as a “military weapon” whereby they can  limit ownership, based on a  “Study on the Importability of Certain Shotguns” and the 1968 Gun Control Act.

According to the ATF Study, in determining whether or not a firearm is accepted for use in sporting purposes, they must consider the historical context of sporting purposes.  The study is much akin to Clinton pondering the definition of “is”.   In order to decide what shotgun fits the “sporting purpose” definition, they came up with a list of characteristics they don’t consider sporting:

Now, I don’t know too many sporting purposes that require a bayonet, flash suppressor or a grenade launcher, but then again, while living in Tennessee’s back hills, I discovered that dynamite was an acceptable fishing method, so  they may serve a purpose somewhere.  But, I can see a purpose for a folding or telescoping stock, large round magazine, and the need to have a light, and if you’re a small person with a 12 gauge, I can see a useful purpose for pistol grips.   But nowhere should it matter how much your shotgun weighs.

If ATF is successful in redefining “sporting purposes”  almost all pump action and semi-automatic shotguns could be banned.

Sec. 541:  “None of the funds made available by this Act may be used to pay the salaries or expenses of personnel to deny, or fail to act on, an application for the importation of any model of shotgun if: 1) all other requirements of law with respect to the proposed importation are met; and 2) no application for the importation of such model of shotgun, in  the same configuration, had been denied by the Attorney General prior to January 1, 2011, on the basis that the shotgun was not particularly suitable for or readily adaptable to sporting purposes.”

Let’s hope Mr. Nappen is correct in his assessment.  But, Obama has never had a problem by-passing our legislative process, ignoring existing law or the Constitution in his attempt to force his agenda down the throats of Americans.