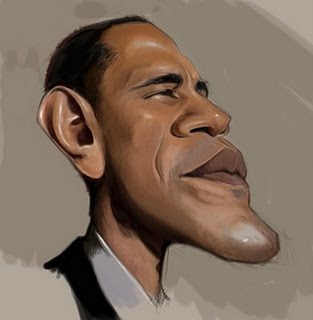 AmericanThinker – It’s  so nice to have a president who’s smart,  don’t you think? I mean, Obama can pronounce “nuclear” correctly, although the  word kind of sticks in his throat when mentioning it in the same breath as Iran  or North Korea.

Poles  and Polish-Americans expressed outrage today at President Obama’s reference  earlier to “a Polish death camp” – as opposed to a Nazi death camp in  German-occupied Poland.

“The  White House will apologize for this outrageous error,” Foreign  Minister Radek Sikorski tweeted.  Sikorski said that Polish Prime  Minister Donald Tusk “will make a statement in the morning. It’s a pity that  this important ceremony was upstaged by ignorance and  incompetence.”

The  president had been trying to honor a famous Pole, awarding a Presidential Medal  of Freedom to Jan Karski, a resistance  fighter who sneaked behind enemy lines to bear witness to the atrocities being  committed against Jews. President Obama referred to him being smuggled “into the  Warsaw ghetto and a Polish death camp to see for himself.”

Sikorski  also tonight tweeted a link  to an Economist story noting that “few things annoy Poles more than being  blamed for the crimes committed by the Nazi occupiers of their homeland. For  many years, Polish media, diplomats and politicians have tried to persuade  outsiders to stop using the phrase ‘Polish death camps’ as a shorthand  description of Auschwitz and other exemplars of Nazi brutality and mass murder.  Unfortunately this seems to have escaped BaracK Obama’s staff seem not to have  noticed this.”

National  Security Council spokesman Tommy Vietor said in a statement, “The President was  referring to Nazi death camps operated in Poland. The President has demonstrated  in word and deed his rock-solid commitment to our close alliance with  Poland.”

Vietor  said Obama “misspoke.” What does that mean? Could he not read the teleprompter  correctly? Did some staff flunkie get it wrong and all the geniuses on the White  House staff miss it?

The  truth is this president isn’t very smart and proves that the laughable  designation of him being the “smartest president ever” is as hollow as the rest  of his phony narrative.