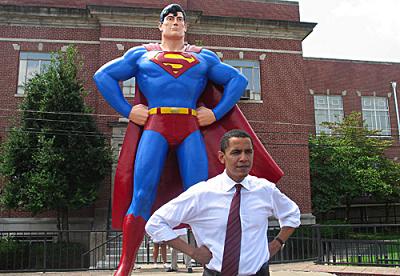 Kenneth Rapoza writes in Forbes that everyday he gets emails from former members of MoveOn, a pro-Democratic Party group that was active during the build-up to the Iraq War.  Today they’re complaining about one man – President Obama.  In these emails, one thing is apparent.  When it comes to the left wing liberals, Obama is being left behind.

The left was motly raptured into political heaven four years ago when they elected Obama promising to end the wars in Iraq qand Afghanistan, promising to close Guantanamo Bay.  Guantanamo is still open.  The wars are winding down, but the military presence remains which smacks of imperialism.  Then there is the president’s bit about getting tough on bankers.  Where has the White House come down hard on Wall Street?

Email from Ezili Danto, a human rights lawyer at the Haitian Lawyers Leadership Network.  “If being a ‘pragmatist’ or a ‘realist’ means choosing only amonst evils, count us OUT.  Obama betrayed the American voters who expected he would not gut the Constitution.  Both parties are the same.  And, in a world of infinite possibilities we choose not between the lesser of two evils.  In fact, those of us who are not into denial and work at the human rights front lines prefer to face the Repubican snake head-on then the confused and gutless Democrat chameleon whining about being a progressive when they are NOT.”

Email from Medea Benjamin, of Code Pink.  “Why should the public believe what the Obama administration says about the people being assassinated by drones?  Especially since, as we learn in the New York Times, the administration came up with a semantic solution to keep the civilian death toll to a minimum: simply count all military-age males in a strike zone as combatants.  The rationale, reminiscent of George Zimmerlan’s justification for shooting Trayvon Martin, is that ‘people in an area of known terrorists activity, or found with a top Qaeda operative, are probably up to no good.’  Talk about profiling!  At least when George Bush threw suspected militants into Guantanamo their lives were spared.”

Benjamin was referring to the NY Times article by Joe Becker and Scott Shane.  Read the section “They Must All Be Militants”.

Email from Alexander Cockburn of Counterpunch.  “There’s a cancer in the presidency called Barack Obama.  We have a psychopatic megalomaniac occuping the White House who could be compared to Nero, Caligula, Stalin or Pol Pot in his disdain for human life.  He and his coven of other like minded D.C. psychopaths and sociopaths are on a murdering spree and like a third world dictator Obama can have someone and their family (including you) executed or blasted to smithereens with a thumbs up or down.  This is sickening to me.  They are so blase about murdering that they refer to the hit list photos as ‘baseball cards.’  Killing is a game or a sport to them.  There is a ‘cancer on the Presidency’ and that cancer has metastasized throughout Washington, DC.  It was there before Obama arrived but he brought a whole new and virulent strain with him.  Every time there is a shameful incident or embarrassing event perpetrated by ‘a few bad apples’ we hear from the D.C. psychopaths that ‘That is not who we are.  They are  incorrect —  it is who they are in DC.  It is not who we the real everyday thinking feeling Americas are.  I certainly am not one of the people to be included in their cumulative we.”

Obama’s dealings with the working stiff, or the perceived lack thereof, plus his foreign policy has caused much of the anger against him among the left wing of the party.

You can read Rapoza’s article “Obama Gets Left Behind” in full at this link.

← More Feel Good Legislation To Placate the Peasants
The Pimping of Dr. King by Abortion and Homosexual Activists →