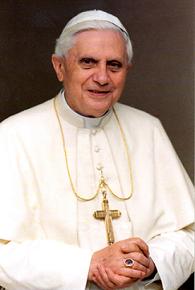 The liberal lapdog media bias has once again reared its ugly head.  The three national television broadcast networks completely ignored the tens of thousands who participated in more than 160 coordinated rallies held on June 8 across the nation in support of religious liberty.  The national networks didn’t commit a single second of coverage to the widespread dissent against the anti-religious freedom HHS mandate.

I should mention that  WSET-TV, ABC 13, a local Lynchburg/Roanoke affiliate did a nice job of reporting on the Roanoke Rally which you can view here.

This disgraceful decision by the (national) networks to deliberately ignore this national demonstration comes only weeks after these same networks shamelessly ignored the largest legal action ever taken against the U.S. government by the Catholic Church in the history of this Republic.  CBS committed on 19 seconds in a single nightly newscast; while NBC and ABC ignored it completely.

By comparison, CBS News dedicated 4 separate on-air segments between May 30 and June 1 to the supporters of a group of left leaning nuns.  CBS correspondent Wyatt Andrews boasted that “hundreds of Catholics have rallied behind the sisters” and that “protests in support of the nuns have been held in almost 50 cities” – which, by the way, is only a fraction of the size and scope of the rallies held in opposition to the ObamaCare mandate created to restrict religious liberty.

This is a pointed and deliberate message from the liberal “lapdog” media directed at millions of Americans who believe in our Constitutionally protected freedom of religion.

These so-called  national “news” networks only cover stories that are helpful to Obama and will not broadcast anything that hurts his chance to be re-elected.   They have shown their hand and they are not on the side of freedom.

Please contact ABC, CBS, and NBC about this transparent double standard.   Tell them that when religious liberty comes under attack and tens of thousands take to the streets in protest  –  that is news!

It is time to let the lapdog media know that Christians are not second class citizens.  We are bound together, regardless of denomination  and we will not be ignored.