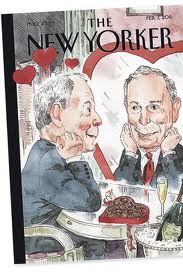 Coal is still the critical fuel behind the everyday functions of our lives.  In recent years nearly half the electricity that lights urban buildings, streets, keeps air conditioners humming,  energizes computers and Televisions.  Electricity generated with coal powers the factories that produce all manner of food, clothing, cars and other goods for Americans everywhere.

American has one of the world’s largest coal reserves, enough to last more than 250 years.  That abundance makes it more affordable than any other fossil fuel and much more affordable and dependable than wind power or solar power.

Utilities’ use of coal for power generation has jumped more than 180% since 1970 but emissions from those plants have plummeted 75% and technology promises even cleaner coal in the years ahead.

Those facts have escaped the attention of the far left environmentalist, Obama and the EPA.

Just this month Mayor Bloomberg marshaled 90 other U.S. mayors behind a campaign of misinformation that could end the use of coal for power generation and wipe out America’s historic coal industry.  Bloomberg and his fellow environmental Nazis sent a letter to the EPA expressing their strong support for new air quality regulations that shut down coal fired power generation on the grounds that coal is too “dirty” and must immediately be replaced with clean “green” power such as natural gas, solar and wind power.

According to Bloomberg and his band of Nazi mayors, the EPA regulations will save taxpayers as much as $90 billion annually in health care costs.  In truth, the new EPA regulations will close existing plants and prevent the construction of new plants  —  costing jobs and  providing for a lower standard of living and a steep jump in your electric bill without any discernible impact on global temperatures or health care costs.

Democrats in the Senate made certain that the new EPA regulations will go into effect by defeating Senator Inhofe’s SJR 37.  You can  thank Rino’s who showed their liberal leaning by voting with the Democrats.  Senators Lamar Alexander of Tennessee 202-228-3398 , Scott Brown  of Massachusetts 202-224-4543, Olympia Snowe of Maine 202-224-5344, Susan Collins of Maine 202-224-2523,  and Kelly Ayotte of New Hampshire 202-224-3324,  all deserve a thank-you letter, not only from voters in their own states but all citizens who will lose their jobs thanks to these new regulations.   (Links are to email addresses)

Mayor Bloomberg and his band of Nazi mayors, along with the Obama administration, the EPA, Senate Democrats and the five Rinos who crossed the isle, agreed to condemn the jobs of 555,000 Americans  who mine, transport, market and utilize coal, along with their combined annual income of $36.3 billion.