News that the poverty rate has risen to 15.1%, the highest level in nearly a decade, has set off a predictable round of calls for increased government spending on social welfare 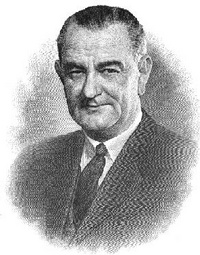 programs.  Yet this year the federal government will spend more than $668 billion on at least 126 different programs to fight poverty.  And that does not even begin to count welfare spending by state and local governments, which adds another $284 billion to that figure.  In total, the U.S. spends nearly $1 trillion every year to fight poverty.  That amounts to $20,610 for every poor person in America.

When Lyndon B. Johnson declared “War on Poverty” in 1964, the poverty rate was 19% and falling.   In 1965, Johnson spoke at Howard University where he expressed his support for equal outcome policies directed at Black Americans.  He linked economic rights with civil rights and equality of outcome with equality of opportunity which led to race and gender based quotas and preferences or what we refer to today, as affirmative action.

The War on Poverty has been a success only for the bureaucracy.  There are now 26 separate anti-poverty programs administered by 7 different cabinet agencies and 6 independent agencies.  In 2011 the government did eliminated 4 programs but then added three more.

By any measure welfare spending has increased dramatically since 1965.  In constant dollars, federal spending on welfare and anti-poverty programs has risen from $178 billion to $668 billion, a 375% increase.  State and local programs have increased from $256 billion to $908 billion.  Some of the increase is due to the recession however, the increase in participation  and spending have been greater during this recession than any previous one.

Welfare spending increased under President Bush but since Obama took office the government is throwing money at welfare programs like there is no tomorrow, increasing spending by $193 billion (10%).

Given the nature of the beast, all government programs are soon captured by special interests and implemented in such a manner as to benefit those with a vested interest rather than to achieve the program’s stated goal.   The political power necessary to transfer income to the poor is power that can be abused to transfer income to the non-poor and the non-poor are usually better organized politically.  Among the non-poor that can benefit from welfare programs are social workers, government employees who administer programs, landlords and doctors paid to provide services to the poor.  These non-poor are generally more concerned with protecting the prerogatives of the bureaucracy than with actually fighting poverty.

The increase in poverty rates in recent years, even as more money is thrown at the problem, suggests that the answer to poverty lies not in the expansion of the welfare state, but in building the habits and creating the conditions that lead to prosperity.

It would make more sense to shift our anti-poverty efforts away from government bureaucracy that provide the money or goods and services to those who are living in poverty.  Poverty, after all, is the natural condition of man.  Throughout most of human history, man has existed in the most meager of conditions.  Prosperity, on the other hand, is something that is created and the best way to create wealth is to remove government from the formula.

If we wish to fight poverty, we should end all government policies  —  high taxes and regulatory excess  — that inhibits growth and job creation.  We should protect capital investment and give people the opportunity to start new businesses.  We should reform our failed government school system to encourage competition and choice.  We should encourage the poor to save and invest.

We all seek a society where every American can reach his or her full potential, where as few people as possible live in poverty and were no one must go without the basic necessities of life.  More importantly, we seek a society in which every person can live a fulfilled and actualized life.

Should we not judge the success of our efforts to end poverty, not by how much charity we provide to the poor, but by how few people need charity?

Read  “The American Welfare State: How We Spend Nearly $1 trillion A Year Fighting Poverty – And Fail” by Michael Tanner, director of Health and Welfare studies at the Cato Institute.

Give a man a fish and he eats for a day.  Teach a man to fish and he can feed himself for life.