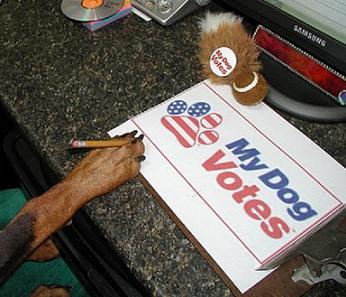 Mitt Romney’s campaign has asked Virginia Attorney General Ken Cuccinelli to launch an investigation into voter registration forms that are being sent to Virginia  Democratic-leaning voting blocs such as young adults, unmarried women, African-Americans and Latinos.

The forms preprinted, with names and addresses, are being sent from a Washington, D.C.  based nonprofit, Voter Participation Center (VPC).

In a letter to Cuccinelli’s office and the State Board of Elections, Kathryn Bieber, an attorney for the Romney campaign, calls for an investigation, claiming that the mailings appear to violate “at least one and maybe several Virginia laws aimed at ensuring a fair election.”  She is also asking the State Board of Elections to require registrars to reject all pre-populated voter registration applications from the group and review the eligibility of all Virginians who have registered in the last two months.

Bieber call the mailings “tactics that amount to, or at the very least induce voter registration fraud”.  According to Justin Riemer, the Board of Elections’ deputy secretary, “forms have been sent by the group to deceased infants, out-of-state family members, and non-U.S. citizens, among others.”

The Voter Participation Center president Page Gardner said that they mailed out 200,000 third party registration forms to Virginia addresses in June and the “imperfections” in their vendor lists, while regrettable, should not be the reason or an excuse to call an entire process into question.    Their mailings have resulted in 15,026 new voters being registered as of July 18.

I’m not too sure I fully understand the problem – haven’t the deceased and illegals been voting for Democrat since for the formation of ACORN?

Virginia is not the only state.  VPC have registered at least 200,000 new voters in the last eight years in Florida and this year sent out another 420,000 registration forms.  Florida State officials are considering ways to stop the group from sending out any more forms which they say go to ineligible voters and are making many Floridians think the letters are from the State.

CBS reported that VPC  mailed a voter registration form to a Rosie Charleston whose name and address in Seattle was preprinted.  Unfortunately, Rosie was a black lab who died in 1998.  Another woman received a registration form for her husband who passed away in 1977.  A Virginia man said similar documents arrived for his dead dog, Mozart, while another Virginia resident got forms for her cat, Scampers.  Ken Ortiz, the chief of staff at the New Mexico secretary of state’s office said some non-citizens have actually contacted the state asking why they received the forms when they’d already been told they could not vote.

The Voter Participation Center – (VPC) touts themselves as a non-partisan organization dedicated to increasing voter registration.  They were formally called Women’s Voices Women Voters (WVWV).   Non-partisan?  While they  may have a token conservative working somewhere within the organization,  I’ll be darn if I could find them.  VPC’s  staff consists of a former Obama 2008 campaign worker,  a former Al Gore Alliance for Climate Protection employee, a former White House media employee, and a former Democratic Senate Caucus director in North Carolina, etc.   It also turns out that the founder and CEO, Page Gardner of  VPC and WVWV worked for the Bill Clinton campaign back in 1992.  Can’t get more non-partisan than that – right?

Gardner’s other non-partisan group WVWV is associated with a few prominent Democrats like Maggie Williams, Hillary Clinton’s campaign manager, acted as a consultant to the group, and former White House Chief of Staff, John Podesta  happens to be on the Board of Directors.

Another problem was reported  in Washington State when a group calling itself the League of Conservative Voters Education Fund also sent thousands of registration forms.  Caroline Berger, a State employee said that while they can’t be certain, they think the League and VPC are the same people.

The League of Conservative Voters lists their mission as strengthening the environmental movement, reducing global warming, and promoting clean energy.  Yep, sounds conservative to me!

The Olympia Report of Washington State says that VPC and the League are much the same as both are funded by George Soros’s shell group, Center for American Progress.

5 comments for “Democrats Caught Trying To Register Cats, Dogs, Illegals and The Deceased”