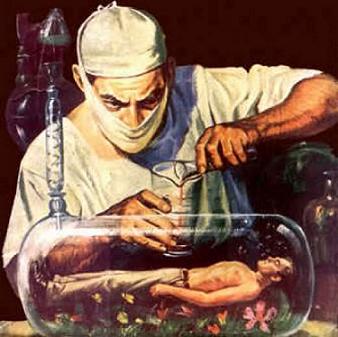 I bet you fell for the compassionate rhetoric Democrats were spouting about ObamaCare and refused to believe Palin and other Conservatives when they brought up the idea of “Death Panels.”   Doctors would never consent to the untimely death of their patients – right?

Dr. Lisa Lehmann, Director of the Center for Bioethics at Brigham & Women’s Hospital in Boston and Assistant Professor of Medicine at Harvard Medical School, wrote an article,  “Redefining Physicians’ Role In Assisted Dying”  published in the New England Journal of Medicine, where  Lehmann’s laid out her plans  for facilitating what she refers to as “assisted dying.”   Assisted suicide just doesn’t cut it any more.

Dr. Lehmann sees no problem with “helping people die” – the only problem she can see is that there aren’t enough doctors willing to participate and the American Medical Association and state medical groups refuse to endorse assisted suicide.

But never fear – Lehmann, who apparently doesn’t remember her Hippocratic Oath to first do no harm,  envisions removing it from the medical field and giving it to the government.  Bet Obama had her article bronzed!

“We envision the development of a central state or federal mechanism to confirm the authenticity and eligibility of patients request, dispense the “medication” and monitor demand and use.”  Great – Obama is probably pacing the floor waiting for his health care Czar to figure out where in the Constitution they can find this new right to die.

Lehmann can’t completely remove doctors from the procedure because they would have to first diagnose terminal illness before sending their patient to the “Let Us Help Ease You into Eternity Government Center” for a lethal dose of the cheapest medication the government would fund.  Lehmann is certain that taking the decision out of the doctor’s hands would increase the  number of assisted suicides.   I can hear the ObamaCare death panel applauding.

Does no one see a problem with this?  Do you not think doctors can be pressured into sending their terminal patients to the “Let Us Ease You Into Eternity” Government Center instead of Hospice?  ObamaCare provisions have already removed the doctor/patient relationship to the trash bin.

Last year as Vermont was establishing its single payer health care system, Angelo S. Lynn, of the Addison County Independent gave a few suggestions on how the state could pay for it!    His first suggestion was a new law allowing doctors to help end a patient’s life under very controlled circumstances.  His second suggestion – rationing measures like Oregon passed to control costs.  “Should we, for example, provide extraordinary end of life measures in surgery, such as heart transfers, for 92 year old patients?. . .Citizens of the state need to give the medical community, and family members permission to focus on a person’s quality of life, not just longevity, when making decisions of what is appropriate care for terminally ill patients.”  WOW – wonder where he came up with those ideas?   Oh yeah – ObamaCare.

It is pretty good odds that Mr. Lynn is not a senior citizen, or a patient with cancer, or disabled.   But it is a pretty good bet he is a liberal and probably atheists.  Wonder how his parents feel about his ideas?  Hopefully they don’t live in Vermont!