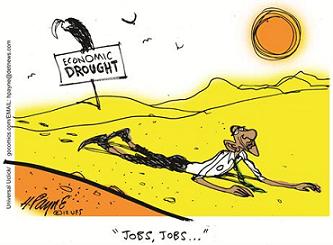 The Freedom Platform is a bottom-up call for reform from grassroots activists across the country to the Republican Party.  We want bold change in Washington and the reforms proposed in the Platform reflect these demands.

Conservative voters demand a commitment to strong conservative philosophy, accountability and the kind of bold reforms needed to save America.  With over 1 million votes cast for the Platform, it is a true reflection of the kind of transformational change Conservatives desire.

1)   Repeal ObamaCare and replace  it with policies that foster a patient-centered, consumer-driven system.  We do not need another massive, complicated, top-down overhaul.   A patient-centered system is one that recognizes the right of every intelligent adult to make his or her own health care choices and his or her responsibility to bear the consequences of those choices.  Patients are customers and have a right to “shop around,”  health care professionals have a right to be paid for their services at market rates, and doctors and patients should have the right to freely enter into contracts with one another without government interference.   Society must help those who are less fortunate but through voluntary charity,  not mandates and regulations.

2)  Avoid the “fiscal cliff” by halting the tax hikes.  A strong and vibrant free market economy – free from burdensome taxation and regulation – offers the best hope for creating opportunity and improving the quality of life for every American.  On January 1, 2013, Americans face a massive $494 billion tax increase which will suck an estimated $607 billion out of the economy.   Congressional Democrats are publicly threatening to take the next debt ceiling request hostage to ensure that Republicans can’t stand in the way of these massive tax increases.

3)   Reverse Obama’s Spending Increases.  The personal share of the public debt held by every man, woman and child in the U.S. is more than $34,400.  Government borrows 40 cent of every dollar it spends.

The solution to the broken tax code is to scrap it and replace it with a new tax code built on 4 principles: simple, low, flat and fair to every taxpayer.

5)  Pass a balanced budget amendment.  In order to ensure long-term fiscal responsibility we must pass a strong Balanced Budget Amendment limited to no more than 18% of GDP, that requires a 2/3’s Congressional majority for any tax increase and coupled with a “no balanced budget, no pay” rule for legislators.   Long term fiscal solvency requires a permanent solution.

7)  Rein in the EPA.   The current EPA is responsible for some of the most costly regulations ever imposed on businesses and consumers.  Congress should have to answer for the compliance costs of all regulations and their affect on the economy.  To accomplish this, all substantial regulations must have Congressional approval and Congress must review the Clean Air Act and take legislative action to clarify and limit the EPA’s regulatory power.

8)  Unleash America’s Vast Energy Potential.   America must pursue an aggressive policy to tap our vast natural resources and end wasteful subsidies for alternative energy.  First and foremost,  government needs to get out of the way and allow the Keystone IX pipeline to be built.  A $7 billion private investment would immediately jumps start the economy and would create 20,000 direct jobs in addition to an estimated 118,000 jobs created by suppliers and local businesses along the pipeline.

9)  Eliminate the Department of Education.  The federal government has no constitutional authority to regulate education.  Under the 10th Amendment the power to regulate education is left to the states and to the people.  A one size fits all educational approach meets no one’s needs.  Parents and students should be free to choose a secular or religious school, a traditional or progressive school, an arts school, or one focused on technology.  Where there is market demand, options will be supplied.  School choice in the form of vouchers and educational tax credits will produce better performing schools.   The only way our educational system will improve is to get government and unions out.

10) Reduce the Bloated Federal Workforce.  From December 2007 to September 2011 the federal government added 250,000 new employees bringing the total to 2.2 million as the private sector shrank by 5%.  We could reduce the number of employees to the 2008 level through attrition, saving taxpayers $1 billion in the first year and $35 billion over the next ten years.

12) Audit the Fed.   The Federal Reserve wields an enormous amount of influence over the American economy with little oversight by elected officials. Since its creation in 1913, the Fed has been responsible for the 95% loss in value of the dollar.

← Are Blacks Still Enslaved?
Another 750 Million Rounds of Ammo for DHS →