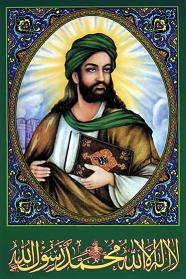 Regardless of  all the political correct rhetoric our government is spreading about Islam being a religion of peace, the Quran teaches that unbelievers are the “vilest of animals,” Christian and Jews are hated by Allah and are destined for eternal doom.   Shariah law creates hatred toward the values of freedom and equality and induces a notion of the supremacy of Islam above all non-Muslims.  Shariah principals teach the value of jihad to spread the religion and subjugate non-Muslims to Islamic laws.

What really infuriates me even more than the government idiots that push the p.c., is the fact that no one in our government is willing to speak up against the slaughter of Christians in the Muslim world because they don’t want to offend potential voters.   Our “christian” president is even backing rebels in Syria that are committing genocide against Christians, sacking churches and threatening to “cleanse” all Christians from rebel  territories.   Hillary Clinton went so far as to purged sections dealing with religious persecution from the human rights report.   But, even worse,  not too many in the Christian faith are speaking out against the murder of  fellow Christians.   Has America totally lost contact with reality?

In Tunisia, a young man whose only crime was to convert to Christianity,  had his head removed by a Muslim with a knife.   The process which took a good two minutes, was narrated by another Muslim chanting  a number of prayers condemning Christianity – “Let Allah be avenged on the polytheist apostate; Allah empower your religion; Allah defeat the infidels at the hands of the Muslims. . .”

In Egypt, followers of the Muslim Brotherhood are now crucifying those in opposition to their new president.  Raymond Ibrahim, a fellow with the Middle East Forum said that the those crucifixion can be anyone, including Christians.  “Extra brutality is reserved for Christians but cruciixitions are because of Islamic doctrine and are required by the Quran.”  Under Sharia law crucifixion is a hadd punishment.   Clare Lopez of the Center for Security Policy said its time for Egyptian Christians to flee but for those who can not leave, things will continue to deteriorate, just as they did for German’s and Europe’s Jews. . .”

Pakistan, under their blasphemy law, has arrested an 11 year old Christian girl who suffers from Down’s syndrome.  She and her mother  were jailed for allegedly burning pages of the Quran while sweeping a facility in her slum neighborhood near Islamabad.  If forced to trial, the girl will face life imprisonment since under the Sharia court, her testimony is worth only one quarter of a male’s testimony, and there is only oral evidence in the case.  If they release her back into the community, she will face the wrath of mobs incited by mosque leaders who are quoted as condemning her to death by burning.   Hundreds of other Christians have already fled their homes terrorized by vigilantes.

In the Punjab province  of Pakistan,  a mob whipped into a frenzy by radical leaders hunted down a man thought to have blasphemed against Islam,  beat him to death, and burned his body outside of a police station.  In other cases, defendants awaiting trial, or even those who have been released or acquitted, along with the acquitting judge, have been murdered or threatened with murder.

Nigeria:  a Christian Pastor is shot dead in his home; Sharia proponents  enter a Church and open fire killing 19; 2 Christians are gunned down outside their homes; 23 Christians are gunned down at a funeral for previous victims; 15 Christian villages have been attacked killing a total of 92, which includes women and children taking refuge in a Church; 9 construction workers had their throats cut; suicide car bombs set off outside of Churches; suicide bombers blow up 30 Christians in their church; Christian homes are set fire to and those who flee are shot;  car bomb outside Easter service kills 40; 10 Christians are hacked and shot to death in homes; suicide bomber enters Catholic church killing 11; 21 women and children in a Christian farming community macheted; and a 75 year old woman had her throat slit as a warning to her son who is a Christian pastor.

Iraq: Catholic Priest, his father and two brothers were murdered while his mother and sister were raped; an Orthodox Church bombed; Christians kidnapped and murdered, etc.

The list is extensive and covers such countries as the Philippines; Israel, Lebanon, Yemen, Indonesia, India, Pakistan, Nigeria and Iraq.

“And when he had opened the fifth seal, I saw under the altar the souls of them that were slain for the word of God, and for the testimony which they held: And they cried with a loud voice, saying, How long, O Lord, holy and true, doest thou not judge and avenge our blood on them that dwell on the earth.”  Rev. 6:9-10