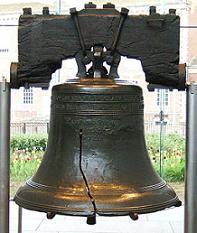 Monday the 17th is the 225th anniversary of our nation’s founding.  The law establishing the holiday was created by an amendment to the Omnibus spending bill of 2004.   The Act  mandated that all publicly funded educational institutions provide educational programming on the history of the Constitution.  Before passage of this Act,  the 17th was observed as Citizenship Day.

Since May 25, 1787,  55 delegates had met almost daily in the State House (Independence Hall, Philadelphia, PA) to revise the Articles of Confederation.  By the middle of June, it became apparent to the delegates that to merely amend the Articles of Confederation would not be sufficient.  Instead, they would write an entirely new document designed to clearly define and separate the powers of the central government, the powers of the States, the rights of the people and how the representatives of the people should be elected.  On September 17, 1787, forty-two of the fifty-five delegates to the Constitutional Convention held their final meeting.  Only one item of business occupied the agenda that day  —  to sign the Constitution of the United States of America.

We the People of the United States, in Order to form a more perfect Union, establish Justice, insure domestic Tranquility, provide for the common defense, promote the general Welfare, and secure the Blessings of Liberty to ourselves and our Prosperity, do ordain and establish this Constitution for the United States of America.

On September 17, 1787, the Constitution was presented to members  of the Confederation Congress along with the following  letter from George Washington.

We have now the honor to submit to the consideration of the United States in Congress assembled, that Constitution which has appeared to us the most advisable.

The friends of our country have long seen and desired that the power of making war, peace and treaties, that of levying money, and regulating commerce, and the correspondent executive and judicial authorities, should be fully and effectually vested in the General Government of the Union; but the impropriety of delegating such extensive trust to one body of men is evident: hence results the necessity of a different organization.

It is obviously impracticable in the Federal Government of these States to secure all rights of independent sovereignty to each, and yet provide for the interest and safety of all.  Individuals entering into society must give up a share of liberty to preserve the rest.  The magnitude of the sacrifice must depend  as well on situation and circumstance, as on the object to be obtained.  It is at all times difficult to draw with precision the line between those rights, which must be surrendered, and those which may be preserved; and, on the preset occasion, this difficulty was increased by a difference among the several States as to their situation, extent, habits and particular interests.

In all our deliberations on this subject, we kept steadily in our view that which appears to us the greatest interest of every true American, the consolidation of our Union, in which is involved our prosperity, felicity, safety – perhaps our national existence.  This important consideration, seriously and deeply impressed on our minds, led each State in the Convention to be less rigid on points of inferior magnitude than might have been otherwise expected; and thus, the Constitution which we now present is the result of a spirit of amity, and of that mutual deference and concession, which the peculiarity of our political situation rendered indispensable.

That it will meet the full and entire approbation of every State is not, perhaps, to be expected; but each will, doubtless, consider that had her interest alone been consulted, the consequences might have been particularly disagreeable or injurious to others; that it is liable to as few exceptions as could reasonable have been expected, we hope and believe;  that it may promote the lasting welfare of that Country so dear to us all, and secure her freedom and happiness, is our most ardent wish.

With great respect, we have the honor to be, sir, your excellency’s most obedient and humble servants.  By the unanimous order of the convention.

His Excellency, the President of Congress, George Washington

Congress resolved, unanimously, that the Report, with the letter accompanying it, be transmitted to the several Legislatures, in order to be submitted to a Convention of Delegates chosen in each State by the People thereof.

The Constitution was officially adopted when it was ratified by New Hampshire on June 21, 1788, the 9th State to do so.  The first Congress under the new Constitution convened in New York City on Marcy 4, 1789.  On April 30, 1789, George Washington delivered his first inaugural address.

← Murder, Inc. Stumping For Obama
Silence Is Not An Option →