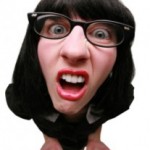 In March Congress  passed HR 347, a bill that limits American’s ability to protest in public and on government grounds.   First Amendment protections are now a privilege subjectively doled out by the government.

HR 347  makes it a federal offense, punishable by up to 10 years in prison, to “knowingly” protest in the vicinity of the Secret Service,  “anywhere they are or will be temporarily visiting,” and federal law allows the president to assign Secret Service protection to whomever he chooses.  In addition,  National Security Special Events” (NSSE)  which have ballooned since 9/11, and include events such as  the Super Bowl, concerts, campaign events and  wherever  the VIP elite are in attendance, now require Secret Service Protection.

Most importantly, HR 347  criminializes protest.  Under the bill  “disorderly or disruptive conduct” or activities that “impede or disrupt the orderly conduct of government business or official functions” could warrant felony charges.  But what constitutes such “disruptive conduct” rests in the eye of the beholder  or  in the eye of Eric Holder.  Just wearing a dissenting shirt around an elected official could now be construed as a felony, depending on the mood Holder is in at the time.

The government now has the power to decide where and when free speech is allowed, as well as  what group or individuals are allowed free speech.

Watchdog.net has started a petition to Congress:  “We treasure our first amendment rights of free speech and public assembly.  HR 347 limits valid arenas of peaceful public protest, and broadens the government’s ability to curtail civil liberties.  We demand that Congress amend the bill to provide clearer language as to what constitutes “disruptions” to allow for reasonable, peaceful protest at  NSSEs and around Secret Service, and to ensure First Amendment Protections.”

← Whose Side is Barack Obama On?
EAT AT YOUR OWN RISK! →