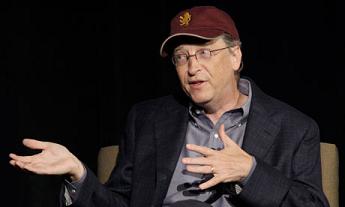 A small group of  climate scientists, financed by billionaires, including Bill Gates, are lobbying governments and international bodies (U.N.) to back experiments to manipulate the world’s  climate.  Apparently they don’t care that global warming has been proven to be a scam or that their manipulation of climate could cause massive deaths world wide.

Geoengineering which has been pushed by the world’s elite to control our food,  our population, and our weather,  is now no longer just a talking point or computer model, it is fashionable – the in thing – the way to save the world from global warming that doesn’t exist.

These scientists, who advocate geoengineering methods such as spraying millions of tons of reflective particles of sulphur dioxide thirty miles above the earth are arguing that a “plan B” for climate change will be needed if the U.N. and politicians don’t get it together and introduce carbon taxes.   Sounds like blackmail to me.  You either force the earth’s population to live without fossil fuels or we’ll kill you with chemicals sprayed in the atmosphere.  What a choice!

Geoengineering is opposed by many environmentalists but not because they fear killing off the world’s population – they are worried that it could undermine efforts to force us to live without fossil fuels.   Developing countries however, have a rational fear that it could  be used as a weapon against them.

The UK Guardian reports that concern is growing that this small group of scientists, backed by some of the world’s richest “elite” may have a disproportionate effect on major decisions about geoengineering research and policy.   “The stakes are very high and scientists are not the best people to deal with the social, ethical or political issues that geoengineering raises” according to Doug Parr, chief scientist at Greenpeace.  “The idea that a self-selected group should have so much influence is bizarre.”

Professors David Keith of Harvard and Ken Caldeira of Stanford are the world’s two leading advocates of major research into geoengineering the upper atmosphere to provide earth with a “reflective shield.”  So far Gates has given them over $4.6 million to run the Fund for Innovative Climate and Energy Research.  No conflict of interest here.  Keith who receives yearly  money from Bill Gates,  is the president and majority owner of a geoengineering company – Carbon Engineering –  in which Bill Gates and magnate Murray Edwards both have major stakes to the tune of about $10 million.

It also turns out that David Keith and Ken Caldeira and Professor Granger Morgan, the head of the department of engineering and public policy at Carnegie Mellon University where Keith works, have sat on 7 panels, including one U.N. panel.

This clique is planning to release massive amounts of toxic sulfate particles from a large balloon hovering at 80,000 feet over Fort Summer, New Mexico to replicate the effects of a volcanic eruption to decrease  sunlight reaching the earth.  Keith says their objective is not to alter the climate but “probe the processes at a micro scale” and “the direct risk is very small.   After this story came out in the UK Guardian,  David Keith responded that the group was only “exploring the possibility” and “hadn’t written a proposal to actually release particles.”   Who do we believe?  My money is on the press this time.

Pat Mooney, Executive Director of the geoengineering watchdog ETC Group, a Canadian environmental protection organization, says that “impacts” of the release of sulfate particles “will do noting to decrease levels of greenhouse gases in the atmosphere or halt ocean acidification.  And solar geoengineering is likely to increase the risk of climate related international conflict, given that the modeling to date shows it poses greater risks to the global south.”

Sulfate particles are toxic and constitute the very same type of ambient particular matter (PM) that the EPA calls noxious air pollutants.  Deliberately spraying the atmosphere with tiny particles of sulfate, or for that matter any material, could pose a hazard to both human and animal populations, and the soil, water, etc.

Sulfate particles from acid rain can cause harm to the health of marine life in the rivers and lakes it contaminates and can result in mortality.  Heavy metals can slow development, and result in birth defects.  Suspended particles in freshwater reduces the quality of drinking water for humans as well as aquatic environment for marine life.

Blocking the sun’s rays with reflective particles will deprive humans of natural sunlight exposure which is a primary source for naturally generating health promoting Vitamin D in the body.

So what is Bill Gates and his ilk expecting to get from all this?  Money,  lots more money.  It is beginning to look like Bill Gates is shoving Big Al Gore off the cliff in his attempt to rule the world – at least the environmental world.

← Obamacin: It’s Time to Say No to Drugs
Iran Is In Charge of U.S. Policy Regarding Iran →