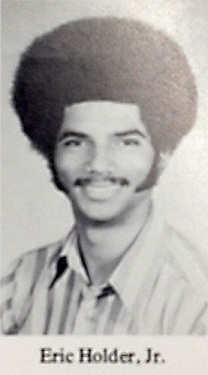 In 1970, during his Freshman year at Columbia University, Eric Holder, along with a black student’sgroup being described by the university as  “armed”, participated in a 5-day occupation of an abandoned Naval Reserve Officer Training Corps [ROTC].

Holder among the Student Afro-American Society [SAAS], demanded the former ROTC office be renamed “Malcome X Lounge” and insisted it be made in ‘honor’ of a man who recognized the the importance of territory as a basis for nationhood.

The ROTC headquarters was ultimately renamed the Malcolm X lounge as the SAAS organization demanded. It later became a hang-out spot for another future U.S. leader, Barack Obama, according to David Maraniss’ best-selling ”Barack Obama: The Story.”

Information of the student-led occupation, including the claim that the  raiders were “armed,” come from a deleted Web page of the Black Students’ Organization (BSO) at Columbia, a successor group to the  SAAS. Contemporary newspaper accounts in The Columbia Daily Spectator,  a student newspaper, did not mention weapons.

Here’s the relevant section from the now-deleted article:

In 1970, a group of armed black students seized the abandoned ROTC office on the first floor of Hartley Hall. The students, joined by the then State Senator David Patterson renamed the space the Malcolm X lounge, in honor of a man who recognized the importance of territory as a basis for nationhood. Subsequently, murals were painted on the walls depicting black leaders such as Marcus Garvey and Sekou Toure.

But that’s not all.  The SAAS was also openly supportive of the Black Panthers, it seems, and Holder soon joined another group that bullied professors who failed to support affirmative action.

In March 1970 the SAAS released a statement supporting twenty-one Black Panthers charged with plotting to blow up department stores, railroad tracks, a police station and the New York Botanical Gardens.

The April 21, 1970 SAAS raid on the Naval ROTC office and Dean Coleman’s office came one month after the Black Panther arrests.  The Columbia Daily Spectator released a series of demands from the student leaders on April 23 in which they claimed to be occupying the ROTC office for the purpose of “self-determination and dignity.”  They needed the space, they said, because of “the general racist nature of American society.”

Holder, now the United States’ highest-ranking law enforcement official, has  given conflicting accounts of this episode during college commencement addresses  at Columbia, but both the BSO’s website and the Daily Spectator have published  facts that conflict with his version of events.

Black radicals from the same group also occupied the office of Dean of  Freshman Henry Coleman until their demands were met. Holder has publicly  acknowledged being a part of that action.

Holder has bragged about his involvement in the “rise of black consciousness” protests at Columbia. source: dailycaller, theblaze

You may remember in 2009, Holder dropped all charges, due to lack of evidence, against the  New Black Panther Party, its chairman, and one of its members for voter intimidation due to their conduct during the 2008 election.

Yep! Nothing says ‘lack of evidence’ more so than witnesses and a video tape!

VOTE OBAMA OUT and Send Holder With Him

6 comments for “A Look at Eric Holder’s Past”