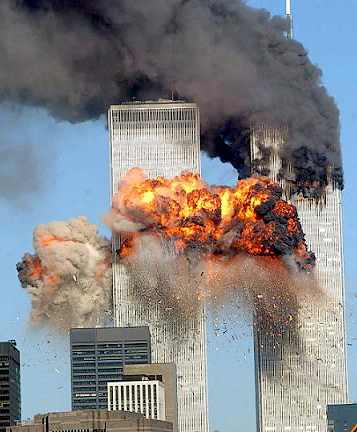 Feisal Abdul Rauf, founder and CEO of American Society for Muslim Advancement (ASMA) is the central figure behind the Ground Zero mosque and a champion of the very same Muslim theologians and jurists identified in a landmark NYPD report as central to promoting the Islamic religious bigotry that fuels modern jihad terrorism.  The NYPD report, “Radicalization in the West – The Homegrown Threat” published in 2007, noted that Saudi Wahhabi scholars feed the jihadist ideology, legitimizing an extreme intolerance toward non-Muslims, especially Jews, Christians and Hindus.  In particular, the analysts noted that the journey of radicalization that produces homegrown jihadis often begins in a Wahhabi mosque.

At least two of Imam Rauf’s books, a 2000  treatise on Islamic law and his 2004 “What’s Right with Islam” lauds the implementation of sharia and the rejuvenating Islamic religious spirit of Ibn Taymiyyah and al-Wahhab.

Wahhabism emerging only 250 years ago, in its purest form is a violent fundamentalist doctrine that rejects non-Wahhabi Islam.  They declared the entirety of existing Islam to be unbelief, and traditional Muslims to be unbelievers.  They are an expansionist sect intolerant of Shi’ite Islam, Judaism, Christianity, and Hinduism. Thomas Hope, a British author wrote in “Anastasius”, that Wahhabi agents are extremist puritans bent on dominating the Muslim world by adopting tactics reminiscent of al-Qaeda’s calculated savagery.  The theological and political pact between the Saud clan and the Wahhabists resulted in the fall of Mecca for the second and last time in 1924, solidifying their grip on power.

Wahhabism has a two-faced policy regarding the West.  It has always depended on the armed forces of Christian nations – Britain, the U.S. and France – to secure its domination in the Arabian Peninsula while violently attacking Jews, Christians, Hindus, Sikhs, Buddhists, Sunnis, Sufis, and Shias throughout the rest of the world.  Hamas  represents pure Wahhabism.   A form of neo-Wahhabism ideology has been powerful in Egypt through the Muslim Brotherhood and now controls the country.  Wahhabism through the Muslim Brotherhood  is also active in Chechnya, Kashmir, Nigeria, Uzbekistan, Indonesia, Sudan,  Libya and the Philippines.

Even after 9/11 the Wahhabi bureaucracy in Saudi Arabia continued to foster religious extremism as the main source of terrorist funding.  The Saudi militant Islamic doctrines constitute a clear and present danger to the United States and the international community. 15 of the 19 terrorists that attacked us on 9/11 were from Saudi Arabia.

Reza F. Safa, author of “Inside Islam” estimates that since 1973, the Saudi government has spent an unbelievable $87 billion to promote Wahhabism in the United States, Africa, Southeast Asia and Europe.  They have fully or partially funded Islamic Centers in Los Angeles, San Francisco, Fresno, Chicago, New York, Washington, Tucson, Raleigh, NC and Toledo, Ohio, as well as centers in England, France, Spain, Italy, Germany, Russia, and Turkey.  Eighty percent (80%) of American mosques are Wahhabi influenced.  However, not all Muslims that attend these mosques for prayer accept Wahhabism.

Leading Muslims outside of the U.S. denounced Wahhabism and many denounced the atrocity of 9/11 but most of the U.S. drive-by Media completely ignored these voices.  They ignored anti-Wahhabi shaikhs, imams or muftis in the Islamic World.  They paid no attention when Mustafa Ceric, the head of Bosnian Islamic scholars, preached against terrorism nor did they note that an Albanian daily, a country with a Muslim majority, hailed the U.S. action in Afghanistan with the headline “Nobody Veils the Statute of Liberty’s face.”

The drive-by media concentrates only on the so-called “Arab street”, granting Wahhabis (CAIR, etc.) status as the main Islamic spokespeople. They also support the Wahhabi claim that terrorism is our fault.

Most Muslims in the U.S. fled extremism. However, their children are indoctrinated and radicalized by extremists operating through Muslim schools and radical campus groups.  The majority of Muslim Student Associations at U.S. Colleges are dominated by Islamic and anti-American agendas, as are most of the numerous Islamic Centers and schools financed by the Saudis.

Traditional Islam rejects involvement in politics, especially radical politics and for this reason they have been slow to rally against Wahhabi influence.

The Wall Street Journal, in an article February 5, 2003, noted that Wahhabism is making serious in-roads into the black population in American prisons.  It quoted a N.Y. based Wahhabi imam, Warith Deen Umar, who until his retirement in 2000 helped run N.Y.’s growing Islamic prison program by recruiting and training dozens of chaplains and ministering to thousands of inmates himself, as saying “The 9/11 hijackers should be honored as martyrs.  The U.S. risks further terrorism attacks because it oppresses Muslims around the world.  Without justice, there will be warfare, and it can come to this country too.”

In late 2002, The Center for Monitoring the Impact of Peace (CMIP) undertook a survey of Saudi Arabian textbooks which included the Wahhabi outlook on Christianity and the West.   The message included in these textbooks is that Wahhabism either must dominate or be dominated.  Islam is presented as the only true religion while all other religions are presented as false.  Islam is the only religion leading its followers to Paradise, whereas all other religions destroy their believers in Hell.   Christians and Jews are denounced as infidels. These textbooks make clear that the West is the source of all misfortunes of the Muslim world, with its biggest impact on Muslim society being its cultural and intellectual influences.

The textbooks teach that the Jews are a wicked nation, characterized by bribery, slyness, deception, betrayal, and aggressiveness and as such have been a harmful element in world history and are responsible for the French and Bolshevik revolution and the outbreak of World War I.  Zionism is presented as an evil movement that strives toward world domination through such organizations as the Freemasons, the Lions Club and the Rotary Club.  Israel is not recognized as a sovereign state and its name does not appear on any of their maps.  Palestine is presented as a Muslim country occupied by foreigners who defile Muslim holy places.  The textbooks are full of phrases exalting war, jihad and martyrdom.

Former CIA Director James Woolsey told Congress, during the Bush administration, that “Wahhabi extremism today is the soil in which al-Qaeda and its sister terrorist organizations are growing.”

How long can Obama and his far leftist policy makers pretend not to know the truth?