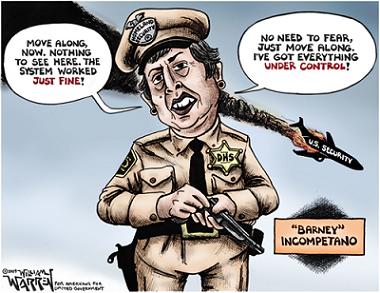 Members of the House and Senate sent Obama a letter “urging” him to “rethink” the wisdom of using an executive order to exert regulatory influence over the Internet in the name of cybersecurity.

Lawmakers in both chambers and on both sides of the aisle agreed that while cybersecurity is of critical important to our safety, using an executive order too create regulatory influence would send a clear message to Russia, China and Iran that it is okay to limit information available on the Internet, according to the letter.

The signers further state that allowing DHS to determine what is critical infrastructure and the establishing  standards to manage it would be the wrong approach.  According to a bipartisan report from the Senate Homeland Security Subcommittee on Investigations there are severe mismanagement problems at DHS.

“Creating a top-down, one-size fits all bureaucracy to address cybersecurity will slow our response and impose unnecessary costs on our economy.  At worst, it will provide a road cap to those that wish to do us harm.  What we should encourage is a diversity of public and private sector approaches and an exchange of information and ideas to create heterogeneous and evolving defenses.”

You would think by now that both sides of the aisle and both houses would have figured out that Obama doesn’t care what they want.  He is going to do what he wants, when he wants to do it!

Secretary of Defense Panetta is already out laying the groundwork for government takeover.   He recently said that there has been an increase in cyber attacks that could be as devastating as 9/11.   While that is probably true, relying on the government to fix the problem isn’t the answer.   Look how well they have handled Amtrak and the post office, not to mention the war on poverty, the war on drugs, and soon to be America’s health care system.

← Message for the American People
When is lying and deception acceptable? →