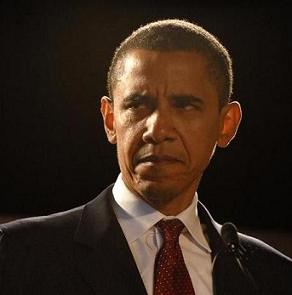 Kyle Becker of CDN “4 Years of Hell: Life In American Under The Obama Administration”

It’s been four years of hell for anyone who loves America. Barack Obama, a previously unknown candidate, came to power in America promising hope and change, and delivered only desperation and an unapologetic continuity of the failed Bush policies that have wrought uninterrupted war and unmitigated economic disaster.

A little over five years ago, hardly anyone outside of Illinois had ever heard of Barack Obama. An undistinguished Constitutional law lecturer, unpublished Harvard Law Review editor, and streetwise community organizer on the southside of Chicago, his meteoric rise through the ranks of state senator, U.S. Senator, and finally, 44th President of the United States reveal a well-orchestrated con job the likes the world has ever seen.

At every turn, his path was cleared by radicals of every ilk: card-carrying communists, useful idiot socialists, Alinsky-style agitators, and taqiyya-spouting Islamists –  the veritable sewer rats of the American political system. These “lovers” of America have sought expressly to turn the country upside down (“right side up” according to Marxist doctrine), undermine and frustrate our national interests abroad, and nullify the Constitution that holds our federal republic together.

In those golden, halcyon years that should forever be known as “B.O.” for “Before Obama,” a heeling, obeisant media shamelessly hyped an empty chair candidate, whose unremarkable resume and vapid, ethereal speaking style were conducive to weaving “legends” about a man whose education and political activities still remain a mystery to the uncurious electorate, and even to supposed professional journalists themselves.

The atmosphere surrounding the messiah was euphoric. America’s first black president was to deliver us from the nightmare of a Bush presidency that the Democratic-led Congress largely backed, while mouthing expedient criticism for political gain: vitriolic, hyperbolic, and even including thinly veiled death threats to the president himself. All that was supposed to “change,” so thought the Obama groupies in my doctoral political science classes, whose training in policy analysis was insufficient to the task of discerning whether or not they were dealing with a mere mortal or the vessel of an anti-capitalist rapture.

But while over-educated hipsters were grabbing their surf boards to ride the thirty-foot high wall of Fed-driven liquidity that would crash over our economic system, some of us were paddling, salmon-like, against the tide; if we could not turn back the hurricane of debt and death, then we would swim back to forthcoming generations and scream in the deafening winds: Turn back, you fools!

Alas, the progressive tide keeps rising, and the further the masses drift from the shore, the fewer there are who recall the beacon of liberty that has provided safe haven to millions, who have fled from the exact same policies our unmoored American left pursues with blind abandon. When Obama tripled down on Bush’s bailouts, stimulus, and government-run healthcare programs, the same frothy-mouthed ignoramuses who decried the former president stood up and shouted, “Hail Obama!”

While the leader of the formerly free world hobnobbed with third world despots, bowed to Muslim sultanates, and kowtowed to effete European elites, the great peacebringer extended the War in Iraq to twice as long after his stated deadline and got twice as many killed in Afghanistan as under Bush, implementing rules of engagement that didn’t account for our troops as much as they did the delicate sensibilities of the Muslim world and a strategy that oddly didn’t include “victory.”

When relatively Westernized Iranians rose up to challenge the ruthless, bloodthirsty regime of the mullahs and nuke-seeking madman Mahmoud Ahmadenijad, the grandiloquent gabfesting Obama could find no room on his busy teleprompter for ten days to praise the men and women fighting for their human rights. And when the good people of Honduras decided to vote for their Constitution instead of the aspiring socialist dictator Manuel Zelaya, our president jumped all over the freedom fighters by labeling their defense of the rule of law a “coup” and cut off foreign aid.

Then there was the Fort Hood attack, when military psychiatrist Major Hassan shouted “Allahu Akhbar!” and murdered 13 soldiers and injured 29 others. The administration subsequently beclowned itself by labeling the greatest terrorist attack since 9/11 an act of “workplace violence.” Meanwhile, grandmas and children were being frisked and stripped to their skivvies in search of imaginary “underwear bombs,” snapped for naked scanner pics for the guffaws of the incompetent street rabble known as the TSA, and all along allowing turban-donning jihadists to pass without so much as a raised eyebrow, let alone a red flag.

And let’s not forget the most visible act of domestic terrorism of all: the year-long exercise in sadomasochism known as “passing Obamacare.” When the economy was in the tank, struggling to recover from the housing bust body blow, the president saw opportune to propose a mysteriously appearing, 2000-page plus progressive wet dream of a healthcare law guaranteed to explode deficits and trash the Constitution in the process. Once reasoning that the law was necessary to fight soaring healthcare costs, the bill was later scored as double and triple the promised price tag.

Lie upon lie was heaped upon the rising bonfire of our founding documents, accompanied by the laughing hyena cackles of the Speaker Nancy Pelosi as she told us fresh from closed-door hearings, “We have to pass the bill… to know what’s in it.” When the good people around the country rose up in defense of their national heritage and their own dignity, they were lambasted as racists and compared to Nazis. On the day the bill was passed in the House, a fabulous fairytale of tea party scum hurling epithets at Congressional Black Caucus members was spun. Only it wasn’t true. The law was passed in detestable fashion by a bunch of lying louts and gutless scoundrels, who exempted themselves and their crony pals from the onerous legislation.

So Barack Obama busted the bank, broke his promises, bullied his opponents, and bawl-faced lied his way throughout his term. Now he has the gall to attack his political adversary for conducting a war on women, abusing dogs, hating cookies, asking for binders full of women, and believing our military still uses horses and bayonets (which they do). He has gutted our nuclear arsenal, prostrated himself before the Russians on nuclear missile defense for our European allies, insidiously begging for “flexibility” until after his “last election,” and that was before our Ambassador was begging for his life as he was reportedly raped by jihadists on a cot in a safehouse at Benghazi.

Which brings us to “seven hours of hell.” No matter what one gets out of the intentionally conflicting reports over what happened, know this: President Obama did nothing to save the former SEAL security detachment of two Americans and the diplomats stationed at the consulate. Obama took the report and then took a nappy within 90 minutes while our Ambassador was missing. He later went to Vegas, hoping apparently that the reports of his political cowardice, and perhaps worse, would stay buried with his mainstream media allies.

But we know better. We don’t need the emails that assuredly some networks are sitting on that prove Obama ordered the security teams to stand down while leaving our men behind to die as they faced a well-planned assault conducted by jihadist hordes. The former SEALs Tyrone Woods and Glen Doherty may have killed as many as sixty of the terrorist raiders, before succumbing to mortar fire. That’s right — a stupid, unwatchable YouTube video spurred offended Muslims to “spontaneously” take to the streets with rocket-propelled grenades and mortars.

If Obama got Osama, then his policies got Benghazi. His disregard for advance warnings that the consulate was unprepared to withstand a carefully planned assault, dealings with anti-Qaddafi forces with known terrorist ties, idiotic championing of the purely democratic Arab Spring, and unilateral decision to put us in Libya to begin with all point the finger at the president, who has never been held accountable for anything in his life. Hopefully, the American people can change that sick state of affairs on November 6th.

No one has to believe that Mitt Romney is Moses and will single-handedly part the red sea of debt and human blood coming at the hands of the Obama administration. But he would never, ever act in as cowardly and duplicitous fashion as this president and allow our men to die the hopeless death they did on the anniversary of 9/11.

Mitt Romney has pledged to repeal Obamacare and deserves the chance versus a man who undoubtedly will install it to the fullest. If Romney would only modestly start to turn back the unsustainable debt spending –  Obama would certainly spend America into oblivion.

Let’s not be like Obama and take no blame for what has happened to our once-great country. We allowed this to happen. On election day, let’s work to turn back the tide in our politics and our culture — by all means possible.

We don’t need another Messiah, we need to get busy.