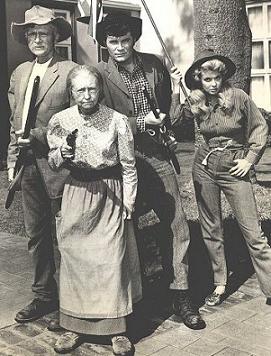 According to an article by   Charlie Martin at PJ Tatler,   a recently released  4 year study   shows  that Americans who obtain their news from Fox News channel have an average IQ of 80, which represents a 20 point deficit when compared to the U.S. national average of 100  IQ, or intelligence quotient, is the international standard of assessing intelligence.

The study was done by researchers at  The Intelligence Institute, a conservative non-profit group, who tested 5,000 people using a series of tests that measure everything from cognitive aptitude to common sense and found that people who identified themselves as Fox News viewers and ‘conservative’ had, on average, significantly lower intelligent quotients. Fox Viewers represented 2,650 members of the test group.

The Institute’s press release read in part:  “Lead researcher, P. Nichols, explains, “Less intelligent animals rely on instinct when confronted by something which they do not understand. This is an ancient survival reaction all animals, including humans, exhibit. It’s a very simple phenomenon, really; think about a dog being afraid of a vacuum cleaner. He doesn’t know what a vacuum is or if it may harm him, so he becomes agitated and barks at it. Less intelligent humans do the same thing. Concepts that are too complex for them to understand, may frighten or anger them.”  He continues, “Fox News’ content is presented at an elementary school level and plays directly into the fears of the less educated and less intelligent.”

P. Nichols, who refused to give his first name, assured Martin that it was a real study done with standard polling techniques, but  he couldn’t possibly provide a copy of the study because of contracts he’d signed.

According to this mysterious Nichols  The study was paid for by a Republican PAC with a “particular result in mind, and we helped them find it.  The way they put it was that they needed to separate the ‘TEA Party’ types from the Republican Party. ‘If your hand has cancer, you want to cut off the hand before it kills you,’ was their explanation of the motivation.”

It  turns out that The Intelligence Institute was also a lie.  “Oh, that’s a pseudonym,” Nichols said. “The people who funded this study wanted these results to come out, and the news release organization wouldn’t accept this unless we gave an organization name.” Nichols says he can’t  publish the results,  “I wouldn’t risk the funding groups’ lawyers,”  nor could he specifically “identify the source of the funding.”

So there you have it. A four-year study sparked by the outcome of the recent election, from an institution that’s admittedly a fake, from a company that won’t identify itself, supposedly funded by a Republican PAC trying to “cut off” the Tea Party like a cancer, using a sample that was chosen with a particular result in mind, with a contact number that’s an anonymous free Google Voice number.    Kind of has the Democrats finger prints all over it – don’t ya think?

You can read Martin’s article in full at the link provided above.

← Virginia Governor’s Race Producing Some Sour Grapes?
America Was Based on Freedom →