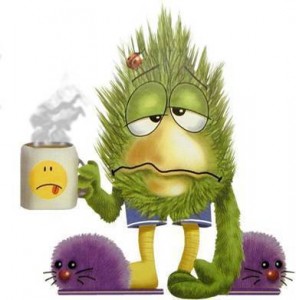 Businesses that need government “investment” are usually so marginal that they can not attract private investors.  Businesses that are needed, that produce something worthwhile don’t need our tax money to survive, to make a profit, to attract investors.  Which brings me to “green” energy companies.

Tulsa Business World reports that the  wind  industry is asking Congress to extend a tax break for six years, a time frame it said is long enough to cut costs and short enough to ease fears that the credit will become a permanent part of the tax code.  The tax  break shaves as much as a third of the costs to generate wind power, and industry advocates contend its loss could cost thousands of jobs. Under the proposal, the credit’s value would fall gradually over the six years.

Sen. Lamar Alexander, a Tennessee Republican and a longtime critic of the wind industry, said that Congress should allow the credit, to lapse.

The production tax credit is only one of the subsidies given to the wind  industry.   In addition to direct subsidies, the industry is given a de facto
subsidy at the state level in the form of mandates for renewable energy  consumption. Another indirect subsidy: the exemption that the wind industry has
been given with regard to enforcement of federal wildlife laws.

Separately, a group of Democrats and Rinos have  urged Mr.  Obama to support changes in the tax code that would allow  renewable energy companies to get the benefits that some fossil fuel projects now receive.  The changes include letting wind and solar companies form master limited partnerships.  While owners could sell shares under these structures, the companies would be taxed at a lower rate than corporations.

Wind, solar and biofuels have been pushed by government since 1992  as the “energy of tomorrow.”  The big problem with that is that tomorrow never comes.   Extending tax breaks for another six years will mean that from today until tomorrow takes 27 years.

IPCC’s (Intergovernmental Panel on Climate Change’s) 5th Assessment Report, due for release in September of 2013, was leaked publicly over 9 months in advance on an internet publication called “Stop Green Suicide“ by Alex Rawls, who is backing it up  with written evidence that cosmic rays are actually the cause of climate change and warming patterns, thus possibly blowing the lid off the whole entire global warming fraud pushed by figureheads such as Al Gore, the U.N. and Obama.

The admission of strong evidence for enhanced solar  forcing changes everything. The climate alarmists can’t continue to claim that  warming was almost entirely due to human activity over a period when solar  warming effects, now acknowledged to be important, were at a maximum. The final  draft of AR5 WG1 is not scheduled to be released for another year but the public  needs to know now  how the main premises and conclusions of the IPCC story line have been undercut  by the IPCC itself.

You need to read the report yourself because I doubt any one in the drive-by media will mention it.

“In individuals, insanity is rare; but in groups, parties, nations and epochs, it is the rule.”   Friedrich Nietzsche

← Sen. Tim Scott “No Gun Regulations”
Something To Think About →