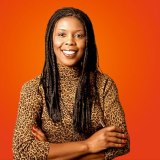 What is the essence of freedom? Property and a gun.   Blacks of all people should know that taking arms from the law-abiding many puts too much power in the hands of a perhaps ill-intending few.  Star Parker, “Blacks Should Embrace NRA Gun Proposal”

I never met my grandfather, but that’s the lesson I took from his life. He was one generation out of slavery and bought property and guns.

It’s so predictable that today’s discussion on gun control is similar to the noise we hear from liberals every time there is a mass shooting. What is new this time is that the NRA, under the direction of Wayne LaPierre, David Keene and Asa Hutchinson, has put forth a concrete plan that most American parents should appreciate will keep children safer at school.

Consider even the question of cost, which has been one point of contention regarding the NRA’s proposal to provide armed security for our schools. Does anyone believe there are not significant enforcement costs in expanding our gun control laws?

The first parents that I believe should rally behind the NRA’s proposal are those who have been forced for generations to send their children to dangerous urban schools with no recourse or protection — low-income, minority parents.

I have argued for 25 years that poor parents should get vouchers so they can move their kids out of schools where they don’t learn and are not safe. But who would have thought that the tragic loss of innocent babes in Connecticut would open the door to force liberals and unions to finally address school safety?

Why are gun control advocates never challenged to answer on behalf of the most vulnerable how you take the gun from the underground, the criminal, a racist cop or tyrannical government?

In 2010, the U.S. Supreme Court ruled, in McDonald v. Chicago, that the Second Amendment, which articulates the “right to bear arms,” applies to the states. This overturned an appeals court decision, which upheld a local ordinance in Chicago prohibiting handgun ownership.  The man who filed the lawsuit, Otis McDonald, was a black man who wanted to protect himself in the deteriorating neighborhood where he lived where he felt unsafe because of gangs and drugs.

G. Marcus Cole, a black man from Pittsburgh, now a professor at Stanford Law School and a member of the national advisory board of my organization, CURE, blogged about the case and his childhood memories of his father buying a gun to protect his family.  “[B]urned into my memory is the Sunday evening when my father was beaten with a tire iron on the street in front of our home, and in front of us, his four little children. Those three young white men were never caught.   When my father, with his surgically reconstructed eye socket and jaw, was released from the hospital and returned home, he did something he never once considered when we lived in the projects. He bought a gun. … My sense of security did not come from the Pittsburgh police, or from the law. My sense of security came from my father, and his gun.”

Blacks should put politics aside and heed the wisdom of Douglass, Marcus Cole’s father and my grandfather and fight to protect freedom for which we have fought

← Let The ObamaCare Tax Nightmare Begin
Our Food – Our Future →