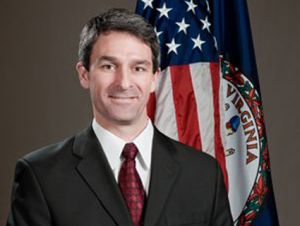 In 2012, Attorney General Ken Cuccinelli filed suit on behalf of the Virginia Department of Transportation (VDOT) and the Fairfax County Board of Supervisors against the EPA for over stepping its authority by treating water flow into the Accotink Creek in Northern Virginia as a pollutant.

The problem began when the EPA  issued what is called a “TMDL” for the Accotink. “TMDL” stands for Total Maximum Daily Load. TMDLs get issued to address pollutants, things like sludge or dredging material, or traditional polluting chemicals like nitrogen.    The EPA TMDL for the Accotink limits the amount of water that could flow into the Accotink on the rainiest day of the year.

One way to think of a TMDL is like a budget for a pollutant. So, a TMDL would normally set a total limit on a pollutant for a waterway for all sources of that pollutant combined. Then, the TMDL would specify which point sources (e.g., factories, storm sewer systems, etc.) get allocated particular portions of the load.

Remember, TMDLs are to limit pollutants. The EPA could write a TMDL that limits sediment flowing into the Accotink, but that’s not what they did.   Water isn’t a pollutant but the EPA is  treating water flowing  into the Accotink like a pollutant.  This has never been done since the Clean Water Act was made law.

The EPA says that even though the TMDL they issued was to control the volume of water that flows into the Accotink Creek, it’s really a TMDL for sediment (an actual pollutant).   Apparently they were unable to spell pollutant when the TMDL was written.

Virginia  argued that  the EPA’s TMDL for the Accotink Creek by its own terms limits water – not a pollutant – and regulating water itself (or any other non-pollutant) is beyond the legal authority of the EPA.

An EPA win  would have cost Virginians at least $300 million for one creek on top of the approximately $200 million that Fairfax County is already spending on environmental remediation in the Accotink watershed (a “watershed” is the whole geographic area where rain falls and flows into a particular waterway, in this case, the Accotink Creek).    While those are huge amounts of money – especially if you consider that the Accotink is only one of thirty watersheds in Fairfax County alone – what’s really astounding is to consider the real-world options for Fairfax and VDOT.

VDOT was party to this case  because of rainwater runoff from I-495.    VDOT doesn’t own other land that it can use for remediation, so, in order to reduce the flow of rainwater by half, they  would have to buy or take through eminent domain,  homes and businesses along the beltway, evict the people living or working there, and either knock down the homes and plant grass (so the water soaks into the ground instead of flowing into the Accotink) or build holding ponds to catch the water and release it later and more slowly into the Accotink Creek.

The federal courts recognize the absurdity of the EPA’s overreach and ruled in favor of Virginia.  Even more important than the money saved, is the reaffirmation that federalism works.   Our Founders understood that the government closest to the people works best.

We’ve won this battle, but the war  is far from over!

If the EPA is allowed to exercise this massive power to regulate storm water as expansively as it is attempting in the Virginia/Fairfax case, then EPA will have forced its way into local land use decisions.   Land use planning is and has always been a  power reserved to the states. With most states – including Virginia – in turn placing that authority with local governments.

If we lose this case, the EPA will have created for itself a power to veto many local land use decisions, which in turn will bring economic development to a screeching halt in many areas. This would be very, very bad for our economy.

It would also be one more blow to liberty, as the federal government continues to accumulate more and more power at the expense of our state and local governments.