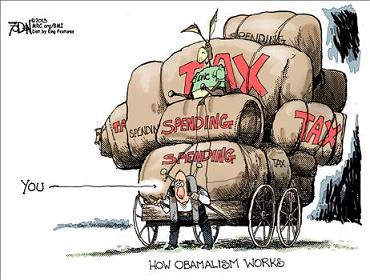 If you pay close attention, you’ll see that nearly every substantive bill the Senate passes harms you and your family through more spending, higher taxes, and more regulations. It’s the Washington way. And I wish this was limited to when Democrats are in power, but the Republican record isn’t much better.

This is why senators in both parties don’t like to debate legislation for any meaningful amount of time and it’s why they will do anything to avoid having to vote for specific provisions hidden inside their bills.

The desire to hide their legislation is also why a new filibuster reform proposal was announced  that will:

It’s designed to help politicians in the Senate pass more laws without you knowing about it.

You will hear Harry Reid and other liberals complain about obstruction, but that’s not their real problem. They can pass just about anything they want if they’re willing to engage in an open debate. But there’s the rub. Liberals don’t want to debate because they know voters don’t like their ideas.

And it’s not just the Democrats who want to make it easier to pass liberal legislation; many Republicans do too. In fact, the new filibuster reform plan is backed by RINO U.S. Senator John McCain  and will likely attract support from other establishment Republicans.  The fact that McCain would side with Reid and argue to strip his own party of speech is truly unbelievable.

You see, the plan only guarantees two Republican amendments and those amendments can only be offered by the Republican Leader and the top Republican on the committee with jurisdiction of the bill. This protects senior lawmakers, but it means a freshman Senator won’t be allowed to ideas.

Senator Tom Coburn stated, “If you take away minority rights, which is what you’re doing because you’re an ineffective leader, you’ll destroy the place. And if you destroy the place, we’ll do what we have to do to fight back.” Further, Senator John Cornyn said Reid’s rule-change would be “an abuse of power” that could “shut down the Senate.”

Obama loves the idea.  The change would provide coverage for liberals and RINOs to pass  legislation such as the Assault Weapons Ban, the Dream Act, Card Check,  Cap and Trade, The Paycheck Fairness Act and any other piece of socialist legislation they could dream up.