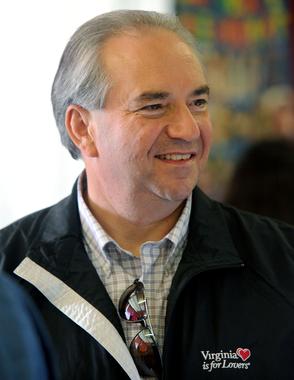 According to the Washington Post, Virginia Gov. Lt. Bill Bolling (R) sent out a mass e-mail this week running through the state’s legislative agenda. He concluded this way:

“As you know, when I suspended my campaign for the Republican Party’s nomination for Governor I promised to be a more independent voice on the important issues facing Virginia. Being removed from the partisan political process has enabled me to speak more candidly about the future of our state without regard to partisan ramifications. Over the past month you have seen me speak out as a more independent voice on multiple occasions. I will continue to do so during this year’s legislative session. My focus will be solely on what is best for Virginia, without regard to politics. I think we need that kind of independent voice in state government and I am prepared to provide it.”

Does this mean he has made a clean break with the Virginia Republican party and is planning a challenge to Ken Cuccinelli in the governors Race?  He has said he feels confident he could pull between 20 to 25 percent of the vote but he didn’t say from whom.  He did intone that it was not his style to be a “spoiler” keeping his position with the Virginia GOP open.

Michael Shannon at The Whole Shebang blog compares Bollings situation to that of Florida’s Charlie Christ.   In 2009  he  [Bolling] was in his first term and Bob McDonnell was the Attorney General. Both wanted to run for governor, but Bolling didn’t want a fight — something that appears to be characteristic. As Pope Alexander IV divided the world between the Spanish and the Portuguese — McDonnell divided the top Virginia offices between himself and Bolling. McDonnell ran for governor and promised to support Bolling in 2013.

Unfortunately, the nomination is not McDonnell’s to confer. The wealthy may be able to hand political office from relative to relative in Massachusetts, hence the “Kennedy” senate seat, but Virginian’s don’t cotton to inheriting office.

Like the English in Pope Alexander’s time, Attorney General Ken Cuccinelli ignored an agreement he was not party to and worked to secure the nomination. He packed the GOP central committee with his supporters. After Cuccinelli announced, the committee changed the nomination process from a primary election to a convention.    At which point Bolling avoided another fight and dropped out in the belief he could not win a convention in which strong grass–roots support is a crucial factor.

All it took for Bolling to become a statesman was for Cuccinelli to run him out of the primary. Now he is another unfortunate establishment moderate who — according to the media — is the best general election candidate. Unfortunately he can’t win a primary dominated by the right wing.

Predictably, Bolling is now “growing in office” as he starts emerging from his “Cristsalis.” Bolling has come out and opposed uranium mining in Virginia because he agrees with “environmentalists” that it will create a hole in the ground. After the Newtown elementary school shooting, Bolling broke with McDonnell and opposed even researching the possibility of arming school staff. And Bolling warns he will be an “independent voice” during the 2013 gubernatorial campaign.

All that’s left for Bolling is to “evolve” his views on homosexual marriage and schedule a big hug photo op with Obama. Then he’s free to enter the race as an independent and undermine Cuccinelli’s candidacy.

Only Bolling won’t really be running as an Independent. He’ll be running as a Petulant. Nothing prevented Bolling from putting his supporters on the central committee. He wasted eight years instead of building a strong grass–roots organization. Bolling’s problem isn’t Cuccinelli or conservatives; it’s inertia.

If Bolling does go rogue, according to the Huffington Post,  he’ll have to do it without his biggest supporter.   Gov. Bob McDonnell supported Bolling in his nominating contest with Cuccinelli until Bolling withdrew.   McDonnell has now  pledged support for Cuccinelli, the presumptive party nominee, and agreed to do several fundraisers for him. Bolling says he understands.

“The governor and I are very close personal friends — we been colleagues and allies for a long, long time and nothing is going to change that,” Bolling said. “With respect to the gubernatorial campaign, he’s got to do what he’s got to do, as the titular head of the Republican Party … and I fully understand that.” ___