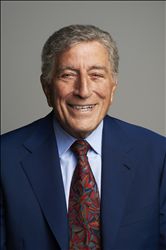 It is becoming more obvious every day that the liberals are scraping the bottom of the barrel in the gun debate.  The latest – Tony Bennett.

My parents taught me to respect my elders,  but after reading Bennett’s press conference,   I can’t help but remember what my dad use to tell me.   “It is better to be silent and let people think you are an idiot than to open your mouth and prove them right.”

At his press conference, Bennett brought up Nazi Germany as he demanded gun control.  “It’s the kind of turn that happened to the great country of Germany, when Nazis came over and created tragic things, and they had to be told off. And if we continue this kind of violence and accept it in our country, the rest of the world’s going to really take care of us, in a very bad way.  We should learn that we’re the greatest country, because we’re all different nationalities and all different religions. And we should show the rest of the world how to behave.

Bennett shows his ignorance on Nazi Germany.    The first thing Hitler did was confiscate all firearms before he began his reign of terror.  It is much easier to conquer and enslave a people when they are defenseless.  The only weapons the people had to fight back with were their words and as powerful as words can be, they were no match for guns.

Those who chose to ignore history are doomed to repeat it.   Those that distort history are idiots.

← Government seeks to control the people
Permission To Kill →