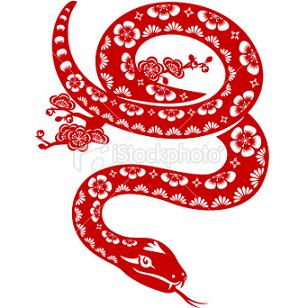 Do Asian Soothsayers know something we don’t?

As they bid farewell to the Year of the Dragon, the fortune tellers warn that the “black water snake” that emerges to replace it on February 10 — the first day of the Lunar New Year — could be a venomous one that brings disaster.

In past years of the snake,  we witnessed 9/11, the 1980 Tiananmen pro-democracy protests, the Japanese attack on Pearl Harbor in 1941, and the 1929 stock market plunge that brought in the Great Depression.

Astrologers say this year’s snake is identified with the element of water — symbolising fear — that sits on top of the fire element, representing joy and optimism. They say conflict between the two will bring turbulence in May.

“This is a disaster year… a lot of things will not go smoothly,” said Singapore’s “Grand Master” Tan Khoon Yong of geomancy consultancy Way OnNet Group.

“The European Union may split, the euro may be in trouble,” the 59-year-old said, adding that the bloc would be threatened by division in May.

Hong Kong astrologer Chow Hon-ming said a disharmonious May would see an ongoing dispute between Japan and China possibly escalate into a “brief” war, as two “snakes” are going to clash according to his reading of the Chinese almanac.   “May is known as the ‘snake month’ and it’s the Year of the Snake so between May 5 and June 6, these two snakes will meet.  “This is why things will be very intense between Japan and China. Tensions will rise to a peak and they will possibly go to war.”

Chinese fortune telling is based on ancient philosophy and belief dating back thousands of years that events are dictated by the different balances in the five elements that make up the universe: metal, wood, water, fire and earth.    As befits “skin-shedders”, Snake years are marked by major transformation and change — and sometimes great upheaval.

Paul Ng, Geomancer and Philosopher in Canada says this will be a year of instability especially in the Middle East and Southern Europe.  The Middle East will continue as a volatile region with political turmoil and natural disasters.  There will be many natural disasters and irregular weather patterns around the world.  You can read his predictions at this link.