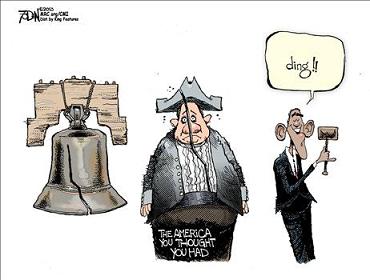 According to David Bard at The Burning Platform:  “It is  no longer a question of  IF we will see armed soldiers patrolling U.S. streets – but WHEN? ”

The thin veneer of civilization that we all take for granted is starting to disappear.  Hatred and anger are growing by the day.  The United States is becoming a very frightening place.

Realistic Urban Training is happening all over the U.S.  In Miami, Florida on January 26, 2013,  Army Backhawk helicopters swooped through the city at night, firing door-guns and chasing make-believe bad guys like something out of an action movie.  The fired blanks echoed off of the buildings, scaring many residents into taking cover.  The local news reported excitedly about the exercise, stating it was only a drill and for residents not to be concerned.   Why conduct this type of training in a populated U.S. city and put citizens at risk?  Isn’t this a violation of Posse Comitatus?

Houston, Texas was “invaded”  on January 29, 2013 when the U.S. Army along with other agencies took over the Carnegie Vanguard High School.   Alarmed residents called police and complained about gunshots and helicopters.  No details were provided about the training.  Watch the KTRK-TV Houston report and hear how alarmed residents responded after hearing gunshots and seeing military helicopters flying over their homes.

Wednesday, January 30, 2013, the  same types of exercises were conducted in Galveston, Texas.  The Houston Chronicle reported The training involved about 80 soldiers from the U.S. Army Special Operations Command in coordination with local law enforcement.  According to Sgt. 1st Class Michael Noggle, an Army spokesman based at Fort Bragg, N.C., “We were invited by the city of Galveston to conduct joint training exercises to enhance the effectiveness of both services in order to better protect the residents of Galveston.”

The 26th Marine Expeditionary Unit “invaded” Jasper, S.C. in early February.  The local paper reported that participants will be in uniform and carry weapons. Some exercises will take place at night. Residents might hear “popping” sounds as Marines fire blanks. The blanks do not pose a hazard for residents, Farao said.   The training has been coordinated with local, county and state agencies and officials, including the Ridgeland police and fire departments, according to a Marine Corps news release.

Los Angeles, CA,  Plainville and Worchester, Massachusetts have all been “invaded”.  As reported  residents were unaware of the drills until helicopters swooped over their neighborhoods. And here’s more: Minneapolis, MN, and this in East Saint Louis, MO.  There are many more, but these links provide a foundation for further research.

According to a high ranking member of the Department of Homeland Security, who wishes to remain anonymous for obvious reasons,  “DHS and DOD are conducting desensitizing exercises all across the U.S., we’re being prepared for mass civil unrest in major U.S. cities.  DOD will be expected to help – when we’re requested.”

The government  expects (or is hoping for) massive unrest?  Why?  The continued devaluation of our currency, the predicted history-setting prices for gasoline  and the continued gun control debate are forming a perfect storm of civil discontent.  When this storm hits, it will most assuredly produce mass casualties.  When does DHS expect this to happen?  This summer.

From a high-ranking source deep within DHS, who has strong DOD ties, we are being told that joint DOD-local law enforcement exercises are to desensitize us to military occupation.  When asked if there was any concern about violating Posse Comitatus, he stated “no concern at all,” and added, “That’s been a non-issue for a long time.”

The lap-dog media continues to present these “invasions” as nothing to be concerned about.  No one at the government level seems to want to discuss it.   And, if you bring it up,  you are  accused of creating conspiracies when none exist.

Last year, a U.S. Army document, FM 3-39.40 Internment and Resettlement Operation, was leaked to the public. The document “outlines policies for processing detainees into internment camps both globally and inside the United States,” writes Paul Joseph Watson. “International agencies like the UN and the Red Cross are named as partners in addition to domestic federal agencies including the Department of Homeland Security and FEMA.”  The document further elaborates on how detained American citizens will be “indoctrinated” to support the policies of the U.S. government.

The DHS has further caused fears by stockpiling nearly 2 billion rounds of hollow point ammunition and 7,000 fully automatic assault rifles.   And let’s not forget all those ’emergency’ meals they are stockpiling.

“World-renowned educator and human rights activist Jim Garrow    regarded as “one of America’s foremost military heroes,”  reports that President Obama is using a new litmus test for “determining who will stay and who must go” among top-ranked military leaders.  That test is whether they will fire on US citizens or not. Garrow says that his source made the disclosure in order to “sound the alarm” over the administration’s plans…”

With so much reality smacking you in the face, do you think it is just a conspiracy theory?  I have no doubt those Socialist in our government would love for civil unrest so that  Obama can declare marital law.   But, I rely on a higher power than Obama and his ilk.  They can plot all they want but as a Christian, I know that God is in control.

One should always be alert and prepared, as best as possible, for any situation – God helps those who help themselves – but it is important to remember that God is the creator and controller of the universe and all that is in it.  Have faith, trust in His promises, and rejoice in His goodness.  When everything seems like it is falling apart – trust that God is putting things right – they way He wants it.

1 comment for “Is The Military Preparing For Civil Unrest?”