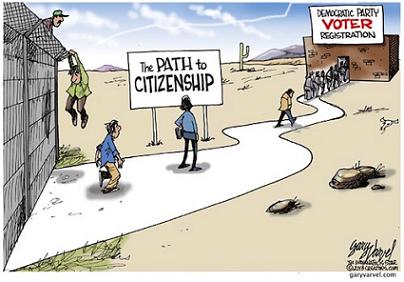 In medical isolation in South Texas, 100 miles or so from Mexico’s border, is a man who embodies  the U.S.’s greatest health threat  –  the first illegal alien, that we know of, who attempted to sneak  into this country infected with one of the most severe types of drug resistant tuberculosis known to man.

His  three-month odyssey, through 13 countries, beginning from his homeland of Nepal,  through South Asia, Brazil, Mexico into Texas,  shows how dangerous new strains of diseases can enter our homeland.  Luckily this man was apprehended as he tried to illegally cross the border near McAllen, Texas.

Tuberculosis is an ancient, fatal airborne disease,  that has  been treatable for decades with a cocktail of drugs.   However, shoddy medical practices world-wide have enabled it  to mutate and, in some cases, become all but untreatable.   XDR TB is particularly dangerous because it is resistant not only to the two most potent TB drugs but a handful of second-line drugs.

This strain is a growing threat in countries including India and South Africa, where it has been found all over the country.   The risk to the world is that the disease will migrate outward from these hot spots. Treatment options for XDR-TB are limited and can themselves be toxic.

Casual contact doesn’t necessarily lead to infection although it depends in part on how much time is spent in tight quarters with an infected person, and how much they cough, spreading the bacteria into the air.    So far, twelve border agents have tested negative but others may have been infected.  By the time the Border Patrol learned of his infection, others illegals detained with him had been transferred.

And, given  that the man  flew from Nepal to Brazil, traveled by car, boat and on foot, to cross our border illegally, he could have infected  possibly thousands of people.  Officials in the 13 countries the man visited on his travels  say it may be impossible to track down the people he came into contact with since no one knows his exact route through South America.

A  Public Library of Science (PLOS) report warns that spread of the little known Chagas disease throughout “Latin America and the U.S. bears a resemblance to the early years of the HIV/AIDS pandemic.”   “The ‘globalization’ of Chagas translates to up to 1 million cases in the US alone, with an especially high burden of disease  in Texas and along the Gulf coast.

Chagas disease is caused by Trypanosoma cruzi, a parasite related to the African trypanosome that causes sleeping sickness. It is spread by the bite of reduvid bugs and is one of the major health problems in South America.  The T-Cruzi protozoan destroys heart tissue and other organs.

Chagas is merely one of a long list of diseases now being spread throughout this country through illegal immigration.  Tuberculosis, typhoid, hepatitis B, dengue fever,  measles, and even leprosy are often repoted in those who cross our borders illegally, without detection or screening.

In a 2005 article the Washington Times reported that Hispanics also carry the genetic trait for sickle cell anemia, an incurable blood disorder.  The number of Hispanic sickle cell cases in the United States has risen  rapidly, and one in every 900 Hispanic infants in this country is born with the  disease, said Gil Pena, outreach director for the American Sickle Cell Anemia  Association, based at the Cleveland Clinic.

Read the Center for Immigration Report  for medicaid  cost of amnesty for taxpayers.