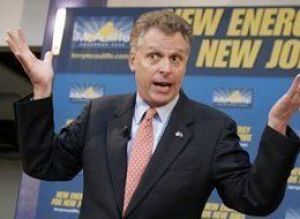 The Democrats are notorious for dirty campaigns but this early?

A press release by the Virginia Black Conservative Forum states that they  stands In support of Ken Cuccinelli against unfair attacks by Terry McAuliffe and the Democratic Party of Virginia and are calling on Terry McAuliffe to repudiate the release of a video in which, according to the Democratic Party of Virginia (DPVA), gubernatorial candidate Ken Cuccinelli “[equates] the nation’s bloody reckoning over slavery with today’s anti-abortion movement.

Reported in the Virginian-Pilot, the video was filmed at an event sponsored by the Family Foundation in Williamsburg last year.

Virginia Black Caucus member Carl Tate says that “The attempts to paint the Attorney General as an extremist will not work. I’ve known Ken for nearly ten years now, worked for him and really got to know him and I know what’s in his heart. You will be hard pressed to find a more inclusive man, willing to take the message of conservative values to every community and every neighborhood, regardless of race, creed or color.”

“It is obvious that those who are attacking the Attorney General, obviously do not know him.   I have learned that he is a man of honesty and integrity and a lover of liberty that many should sit down and learn from, ” said Terrence Boulden, president of VBC.   “The members of the Virginia Black Conservatives Forum continue to stand behind Republican gubernatorial nominee Ken Cuccinelli.  We reject the latest attempts by Democrats and the media to portray the Attorney as an ideological extremist. From his work on the restoration of rights for ex-felons to his attempts to exonerate those to exonerate those unjustly imprisoned to his fight against human trafficking, Ken has been willing and eager to lend a hand to all Virginians, no matter their race”

“Unfortunately, this is what Virginians can expect from DPVA and the McAuliffe campaign this year – a relentless focus on everything except the issues Virginians care most about,” said Coby W. Dillard, the founder of VBC. “When you have a candidate with no experience in government; whose only claim to fame is renting out the Lincoln Bedroom in the White House,  you’re forced to attempt to paint his opponent as a ‘racist’ or as ‘being out of touch.’ Cuccinelli is neither.”

Since McAuliffe  has hired top strategists Alan Moore and Ellen Qualls  from President Obama’s campaign to join him in his pursuit of the governor’s office,  this year’s  gubernatorial race will employ most of the DNC lies and innuendos.

In a developing story that could prove daunting to McAuliff’s campaign,  the Washington Post  reports that a Miami grand jury is looking into New Jersey Senator Robert Menendez’s connections to a South Florida physician and big time Democratic Party contributor, Salomon Melgen.  Republicans say that the money trail logically leads back to McAuliff, who was  former chairman of the Democratic National Committee.