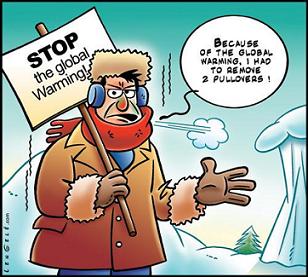 America is considering a new financial market larger than any commodity market –  based on nothing more than questionable scientific (?) data.   But, don’t bother asking for evidence.  In the head-spinning cosmos of climate change the elite are claiming that there are thousands of papers in support of their theory, yet no one can actually name one scientific paper with empirical evidence that shows carbon dioxide emissions are the main cause of global warming, anymore than they can prove that global warming is scientific fact.

Since 1989 the U.S. government has given well  over $90 billion dollars to the climate change industry.  Thousands of scientists, environmental Nazis and the world’s elite  have been lining their pockets at taxpayers expense in an attempt to find a connection between human carbon dioxide emissions and the climate, a connection that real science has disproved on numerous occasions.

The UN IPCC committee was set up to assess the risk of damage from human carbon emissions.  If there were no  no risk, there would be no need for the committee.  So irregardless of the falsified data that the Kyoto Treaty was based on, the IPCC is  not likely to issue a press release “Carbon poses no threat – thanks for all the money.”

The lapdog media tells us there is no need to produce empirical evidence because there is a “consensus.”   But that “consensus” only comes from those who stand to make billions on the scam such as Al Gore and his merry band of  thieves.   The claim of consensus is a PR line to make up for the lack of real evidence.  Consensus is a fake claim from beginning to end.

The whole climate change scam is about stealing your money.   JP Morgan, Morgan Stanley, Citigroup, BNP, Barclays, Deutsche Bank, and Citigroup are just a few of the financial institutions calling for emissions trading schemes because they will broker the trades – trades guaranteed to make them billions.  In 2008 alone, carbon trading worldwide reached over $126 billion.

America  put a crimp in their “future trading profits” when previous attempts at  Cap and Trade legislation  was temporarily tabled.  But in  February of this year, Socialist Senators Barbara Boxer and Bernie Saunders, along with Socialist Congressman Henry Waxman introduced their renewed attempts at cap and trade legislation.  There is too much money involved for these Socialist to let the scam die a natural death.

Carbon Dioxide is a main part of the life cycle of all forms of life.  The other important parts to life’s creation on the planet are water, chlorophyll, oxygen, and the sun’s radiant energies.  Carbon Dioxide and water combine by photosynthesis to create the organic carbohydrates for plants, algae and cyanobacteria life as we know it.  The suns rays and chlorophyll are a very import part of this life synthesis process. These organic compounds are broken down by respiration to return to and become carbon dioxide in our atmosphere.  The return to the atmosphere balances the photosynthesis process.   It is a thermodynamic impossibility that this small amount of volume of carbon dioxide causes the earth to warm.  The sun shines on 3154 times more volume of the molecules of oxygen and nitrogen than carbon dioxide.  This leaves carbon dioxide as a trivial factor receiving energy from the sun.  The life cycle of plant, animal, and human growth requires and uses carbon dioxide.   In fact, it is necessary for the  survival of all forms of life on earth.

While 2010 data shows  global carbon dioxide emissions have risen by fully a third since 2001,   global temperatures have not risen during the past decade.

The mere fact that global temperatures are not rising despite this increase in carbon dioxide emissions should cause even the most “useful idiot” to ask why.  Even if we  give these activists the benefit of the doubt and assume that the recent pause in global warming is merely a  temporary condition, the earth is still on a pace for less than 1 degree of warming during the  entire 21st century,  despite the fact that activists say  there is a greater-than-99% chance of at least 3 degrees warming by century’s end.  And how do they explain that in the U.S.,  carbon dioxide emissions have not risen at all during the past decade?

We can save energy and stop “real” pollution without setting up a whole financial bureaucratic system based on “thin air.”   Carbon trading only feeds the “sharks of finance” with more money and more power.  When you trade real things, people who cheat get caught.  But in  the quasi world of meaningless permits-for-air, the only limit to cheating is “what they can get away with.”

Our laws protect investors from being cheated by the corporate world but in the world of politics,  our so-called elected representatives  are willing to  transform our economy  based on theories, suppositions and lies.