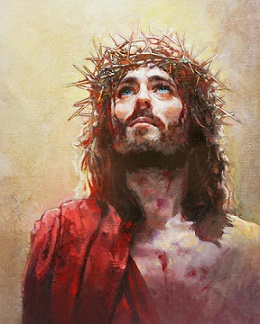 What do eggs and rabbits have to do with the resurrection of Christ? The answer is absolutely nothing.  Agree or disagree, here are the facts.

As the legend goes, an egg fell from heaven one day and landed in the Euphrates river. Some fish managed to roll the egg to shore, hence the tradition of rolling Easter eggs.

Then several doves (a symbol of the Holy Spirit) descended from heaven and incubated the egg and hatched the goddess Ishtar, the goddess of Easter. The egg became the universal symbol for fertility, and as such can be traced to pagan ritual and worship worldwide. Like the egg, the rabbit became part of the Easter tradition because it too was a symbol of fertility in ancient Egypt.

EASTER WORSHIP IS A TRADITION OF MEN.  “Beware lest any man spoil you through philosophy and vain deceit, after the tradition of men, after the rudiments of the world, and not after Christ.” (Colossians 2:8)

The word Easter appears only once in the King James Version in Acts:12:4.  The Greek word translated “Easter” is  pacha,  the Greek word for Passover,  from the Hebrew word “pasach” meaning “to pass over.”

Exodus 34:14 “For you shall worship no other god, for the LORD, whose name is Jealous, is a jealous God.”

The Bible teaches us that the sin committed in the Garden of Eden was of sexual nature between Eve, Satan (the Serpent, the tree), and Adam.  Eve lay with Satan, and then lay with Adam. She was impregnated by both and produced paternal twins. Cain was the son of Satan (the Serpent) and Abel the son of Adam.

We know that Cain murdered his brother Abel, and God placed a mark upon him and Cain left the presence of the Lord.

Cain entered the land of Nod, (Babylon) which is modern day Iraq, and was the builder of the city of Enoch, which he named after his son.

The king of  ancient Babylon was known as Sargon, which translated means King Cain.   Cain was “Sargon the Magnificent.”

Cain made deities of Adam and Eve.   He called them Anu and Ea, later known as Ishtar.   His other chief deity was Bel, a form of Baal, another name for Satan.

“The Encyclopedia of Religion, Vol. 7: “Inanna, the Sumerian astral deity representing the planet Venus, was known throughout the Mesopotamian world; the Akkadians (and later the Assyro-Babylonians) called her Ishtar. For both the Sumerians and the Akkadians, she was the principal goddess in their respective pantheons. Inanna-Ishtar’s closest counterparts to the west are the Canaanite Astarte (called Ashtoreth by the Hebrews) and the later goddesses of Greece and Rome, Aphrodite and Venus.

THE CELEBRATION OF THE EASTER HOLIDAY IS A GREAT ABOMINATION TO ALMIGHTY GOD.