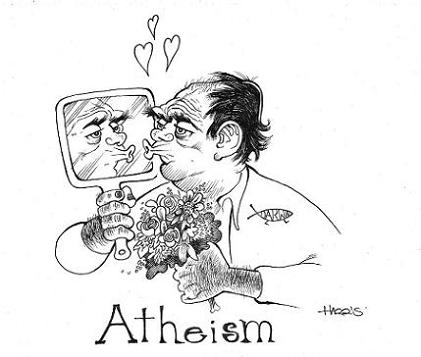 “A man can no more diminish God’s glory by refusing to worship Him than a lunatic can put out the sun by scribbing the word ‘darkness’ on the walls of his cell.”  C.S. Lewis

The Freedom from Religion Foundation is once again suing to remove the words “In God We Trust” from our money because it is “offensive.”  Bet it is not so offensive that they refuse to use it!

According to the Freedom from Religion Foundation,  religion invariably has been a negative force in human societies. “The history  of Western civilization shows us that most social and moral progress has been brought about by persons free from religion.  In modern times, the first to speak out for prison reform, for humane treatment of the mentally ill, for abolition of capital punishment, for women’s right to vote, for death with dignity and for the right to choose sterilization and abortion, have been freethinkers, just as they were the first to call for an end to slavery.  Freethinkers accept the natural world and reject the unproved and primitive supernatural myths about gods, devils, angels, magic, life-after-death and the suspension of natural laws through wishful thinking.”

If they really believe all that crap they espouse, why do they spend so much of their time and that “offensive” money trying to remove God from the public sphere if God does not exist?   Maybe it makes their  lives less miserable  to believe that all Christians are brainwashed, wall-eyed literalists  driven by the need  to force our belief on everyone.   Their world view – that one of us must go – that all forms of this evil religion must be swept from the public sphere – to be replaced with a new order of secularism and atheism,  could only be embraced by those with no hope.

To ensure that atheists in America never again experience symptoms of depression, headaches, anxiety and mental pain and anguish over the influence of God on America, there are a few more things they must remove or alter to rectify the government’s continued disregard for the hurt feelings of Godless Americans.  The list is not all-inclusive.