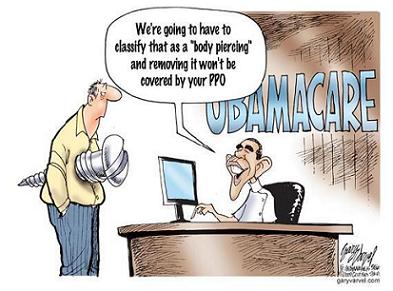 Hidden deep within the bowels of ObamaCare are millions for grants to hire community activists to act as “navigators” to help everyone enroll in state and federal health care exchanges AND register people to vote.

In a new rule proposed last Wednesday, HHS laid out numerous guidelines for these ‘navigators,’ including a suggestion to pay them up to $48.00 an hour.

One organization expected to take a lead role in distributing the funds and  oversee hiring is Enroll America, a  non-profit headed by Anne Filipic, a  former deputy director of White House Office of Public Engagement,  under Valerie Jarrett.   Filipic was also a  senior staff member at OFA director and a former Obama campaign director.  Enroll managing director is Chris Wyant who led Obama’s  reelection ground game in Ohio.  Filipic said she expects Enroll America to spend $100 million of taxpayer money on the enrollment effort.

Enroll America was founded  in 2010, in part by Families USA, a far left advocacy organization that lobbied for ObamaCare,  with cash from Obama campaign donors, secret and corporate,  along with funding from United Health Foundation and the California Heath Care Foundation.  Their board includes an impressive array of bigwigs,  all of which expect to profit handsomely from ObamaCare.  Board members include senior officers from Blue Cross of California, the Kaiser Permanenate, Teva Pharmaceuticals, AARP, Aetna, CVS Caremark, NAACP, and SEIU.

LA Rep. Charles Boustany, Chairman of the House Committee on Ways and Means, Subcommittee on Oversight,  recently  sent Sebelius a letter questioning  why HHS and ObamaCare was involved in voter registration.  “While the healthcare portions are lengthy and complex on their own, the draft documents wander into areas outside the Department’s purview and links applications for health insurance subsidies to voter registration.”

According to Congressman Boustany, the online application  is 61 pages of questions seeking federal subsidies for health insurance or Medicaid requiring detailed questions about the applicant’s Social Security Number, marital status, spouse’s name, pregnancy information, etc, and then the form takes an unexpected turn on page 59 by asking “Would you like to register to vote?”  If the applicant responds in the affirmative, they are forwarded to a voter registration form.  “The position of the question could lead some to think voter registration is somehow tied to subsidy eligibility.”

“The Paperwork Reduction Act of 1995 requires that federal agencies gather only appropriate information as required by legislation.  While the health care law requires that government agencies collect vast information about Americans’ personal lives, it does not give your Department an interest in whether individual Americans choose to vote.”

Requirements to become a “navigator” are specific.   You can not have an existing insurance license or certification that conflicts with several recently enacted state laws.   You must also be attuned to “racial, ethnic and cultural sensitivities, understand ‘underserved communities’ and provide  translation services for virtually every language known to man.”    If a state has its own exchange, the feds will give them grants to hire “navigators,” but, if a state doesn’t, the feds will provide direct employment.

Since October 1 is the first day an individual can enroll, the government will have to hire and train tens of thousands of activists  over the next few months.   Think of it as an enormous census program with less training for a more complex subject.

And since Enroll America will be prominent in hiring these new activists, expect a jobs program for unemployable Obama For America campaign volunteers and former ACORN members.

← Be careful what you post
Make your voice heard →