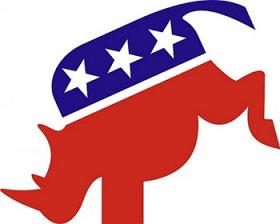 Welcome to Obama’s fundamental transformation of America, aided and abetted by RINOs.

Last week while our eyes were glued to the tv watching news of the Boston Bombings, the U.S. House of Representatives struck a low blow to civil liberties by passing the Cyber Intelligence Sharing and Protection Act (CISPA), which has dire implications for online freedom and privacy.

While touted as an essential tool to protect us from foreign hackers, CISPA is another Orwellian attack against the Internet that further erodes our privacy.

Any language to keep government from grabbing control of the Internet was removed from the bill before passage.  According to Gautham Nagesh of the DC based website ‘Roll Call,’ removal of such language wasn’t a coincidence.

Nagesh wrote on that the April 11 markup of the draft performed by the Subcommittee on Communication and Technology was nearly derailed until language protecting us from a government takeover was omitted in order to address Democratic concerns.  Language ensuing that the U.S. won’t impose any restrictions on domestic Internet access were purposely rescinded so that the federal government will have that option “should the need arise.”  And, the ‘never let a crisis go to waste’ left will manage to find that need.

“Democrats feared the stronger statement about keeping the Internet free from government control might double as an affront on net neutrality while inhibiting other work at the FCC,”  according to Tony Romm at Politico.

HR 1580, in direct violation of the 4th Amendment,  will have service providers  ‘voluntarily’ fork over the private data of American citizens to federal agents, as long as they can excuse the encroachment of your privacy in the name of protecting the vague mandate called “cyber security.  Then those federal agencies can pass it along to other federal agencies without a warrant, which according to the Electronic Frontier Foundation,  “essentially means CISPA would override the relevant provisions in all other laws—including privacy laws.”

As a matter of fact, CISPA is so written broadly  that it will permit, if not encourage,  your communications service providers to share your emails and text messages with the government, or your cloud storage company could share your stored files.

The government and companies are not allowed to look at  your personal data, such as medical records and tax returns, if they are part of the “data dump” that is shared in real-time but, and that’s a big but, the law doesn’t require that companies excise, or edit out, that information in the transfer process.

CISPA typifies a disturbing form of corporatism, where companies can and will surrender all obligations to protect your privacy in exchange for litigation protection, being held harmless irrespective of the damage caused by divulging personal information to the government.

According to the Huffington Post, a last-minute amendment to the bill also will require your employer to demand your Facebook or other social media passwords.  People have an expectation of privacy when using social media like Facebook and Twitter. No American should have to provide their confidential personal passwords as a condition of employment.

The ACLU calls the bill ‘fatally flawed.’  “The core problem is that CISPA allows too much sensitive information to be shared with too many people in the first place, including the National Security Agency.”

Obama is threatening to veto the bill if it passes the Senate because it does not go far enough.  He feels private companies should also voluntarily hand over personal information  to the government.

I have no doubt that the Senate will ‘adjust’ the bill to appease Obama’s demands.

← Exploiting Fear to Take Our Liberty
A Cult For Terrorism →