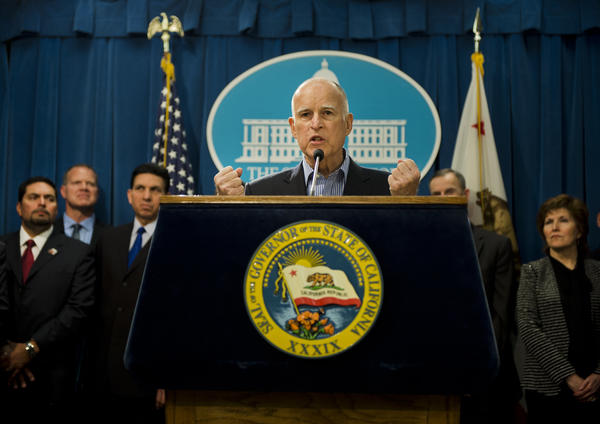 “The [Nazi party] should not become a constable of public opinion, but must  dominate it. It must not become a servant of the masses, but their master!” – Adolf Hitler

If we remove [Nazi Party] and replace it with {Obama administration], it fits like a glove.

Breitbart reports: California Governor Jerry Brown signed legislation that allows law enforcement to confiscate handguns and assault rifles from Californians who bought the weapons legally but have since had a disqualifying “criminal conviction or serious mental illness.”

Legislators believe up to 20,000 Californians will fall under this law, which could mean up to 40,000 weapons need to be confiscated. The legislation “allocates $24 million in surplus funds” to hire “dozens of special agents” to help recover the weapons.

Since California keeps a database of gun owners, they know where every gun is–or where it’s supposed to be–and they’ll use that database to locate them.

To confiscate anything which does not belong to you is another form of theft.

First your money [by taxation], then your voice [politically correct speech] , now your firearms [your only source of defense] and last your life.

Wonder if these ‘special agents’ will be wearing brown.

“Those who want to live, let them fight, and those who do not want to fight in this world of eternal struggle do not deserve to live.”
– Adolf Hitler