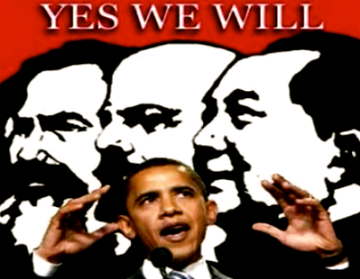 “What manner of men had lived in those days…who had so eagerly surrendered their sovereignty for a lie and a delusion?  Why had they been so anxious to believe that the government could solve problems for them which had been pridefully solved, many times over, by their fathers?  Had their characters become so weak and debased, so craven and emasculated, that offers of government dole had become more important than their liberty and their humanity?  Had they not known that power delegated to the government becomes the club of tyrants?”  Taylor Caldwell, The Devil’s Advocate, 1952

They must have known –  they  had their own history to remember – “yet, they had willingly and knowingly, with all this knowledge, declared themselves unfit to manage their own affairs and had placed their lives  in the hands of sinister men who had long plotted to enslave them, by wars, by “directives,” by “emergencies.”  In the name of the American people, the American people had been made captive.”

In the 1952 novel, Caldwell foresaw an America where freedom is only a faint memory having long been ruled by a leftist military dictatorship.  The Republican party has been outlawed and even mentioning the  Constitution is a criminal offense.

The press was fully behind the government, denouncing all who disagree as “enemies of the people”.  “According to the White House and its subservient press,” other enemies  had been newspaper men who dared  denounce the growing power of the military, and those groups that condemned “radicals, Communists, progressives,”  along with “other nondescript bleeding-hearts and do-gooders with a grudge against  prideful and self-respecting men.”

In Taylor’s book, Communists received preferred treatment in both public and private employment.  “They continued to work strenuously and anonymously in the Cabinet, itself, and had directed foreign policy. They had raised their voices only when they had denounced “reactionaries,” that is, men and women who were desperately concerned over the growing influence of Communism in every phase of American life. No honorable citizen had been immune from their attacks, which took the form of persecution by various bureaus, including the Bureau of Internal Revenue and local police departments.”

When the “liberals” finally understood what they been “enthusiastically supporting” in  the name of “Socialism” or “social justice,”  when “fully confronted by the monster they had helped to bring into being, they had been aghast, and had attempted a pathetic revolt. They had cried a feeble warning to the people. But the warning had come too late, not only for the people, but for themselves. The full fury of the monster had been turned against them and they had died by the thousands…”

Caldwell highlights the beginning of the “progressive movement” as well as its seduction of the masses and the loss of freedom that ensued.  The American people traded their freedom, and liberty for a promise of “personal security,” leading to the country’s descent into a socialist dictatorship, the loss of our Constitution, the indoctrination of our nation’s youth, the abolition of state rights, the deliberate creation of class warfare, and the “never- let-a-crisis-go-to-waste” grab for power.  Scary isn’t it?

If you haven’t read the book, I highly recommend it.

← Registration of firearms will lead to the confiscation
Psychology of Authority →